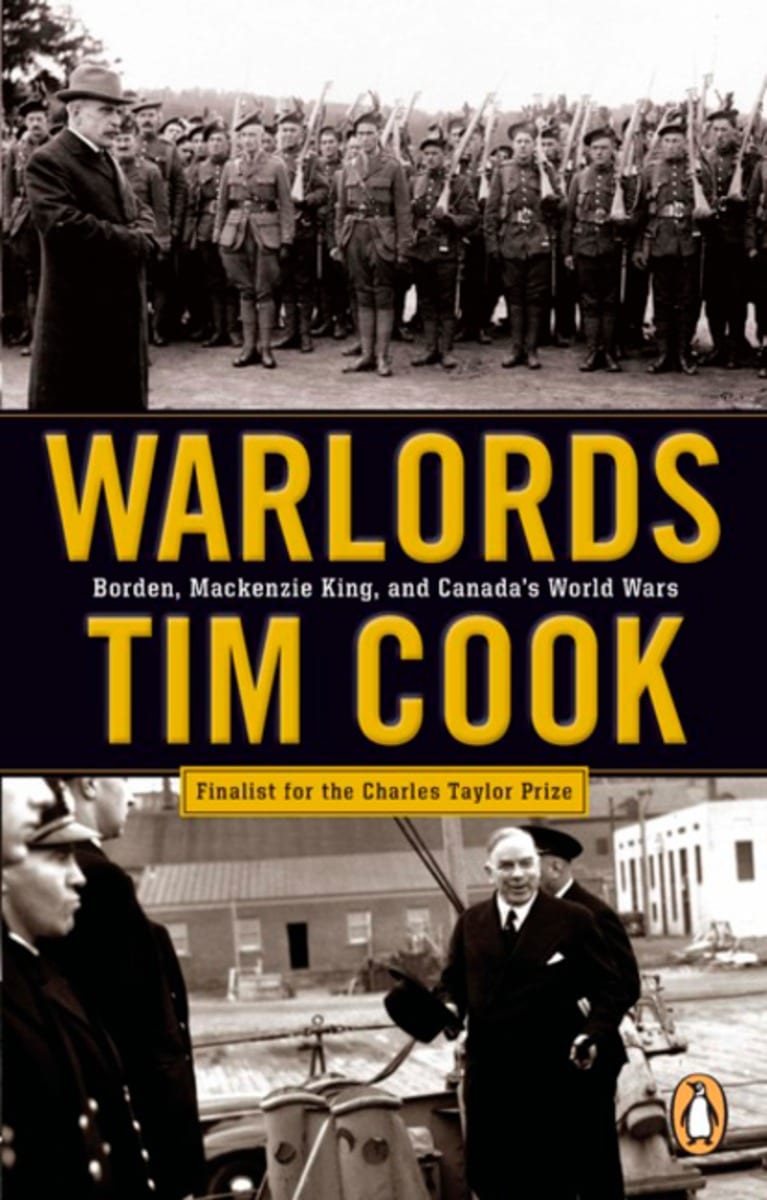 Two portraits flank the doors leading into Canada’s House of Commons: those of Sir Robert Borden and William Lyon Mackenzie King. But it is the plaques that are of particular interest. Borden’s caption reads: “World War I War Leader, 1914–1918,” and King’s caption is similar: “World War II War Leader, 1939–1945.” No other dates are given. Defining Borden by his wartime leadership makes sense, since he did little of note before the war, but it does not ring true for King, Canada’s longest-serving prime minister. Yet for both, world wars shaped their careers and legacies. They ushered in massive government changes: income tax, health care, and conscription; changes to society through industrialization, enfranchisement, and patriotic unpaid labour; and they raised enormous armed forces from a civilian base.

Warlords is a fast-paced narrative that humanizes the war effort through the eyes of these prime ministers. By creating this unique double portrait, the multiple-award-winning Tim Cook describes the challenges faced by two politicians in extreme circumstances and offers an invaluable perspective of war and war leaders.