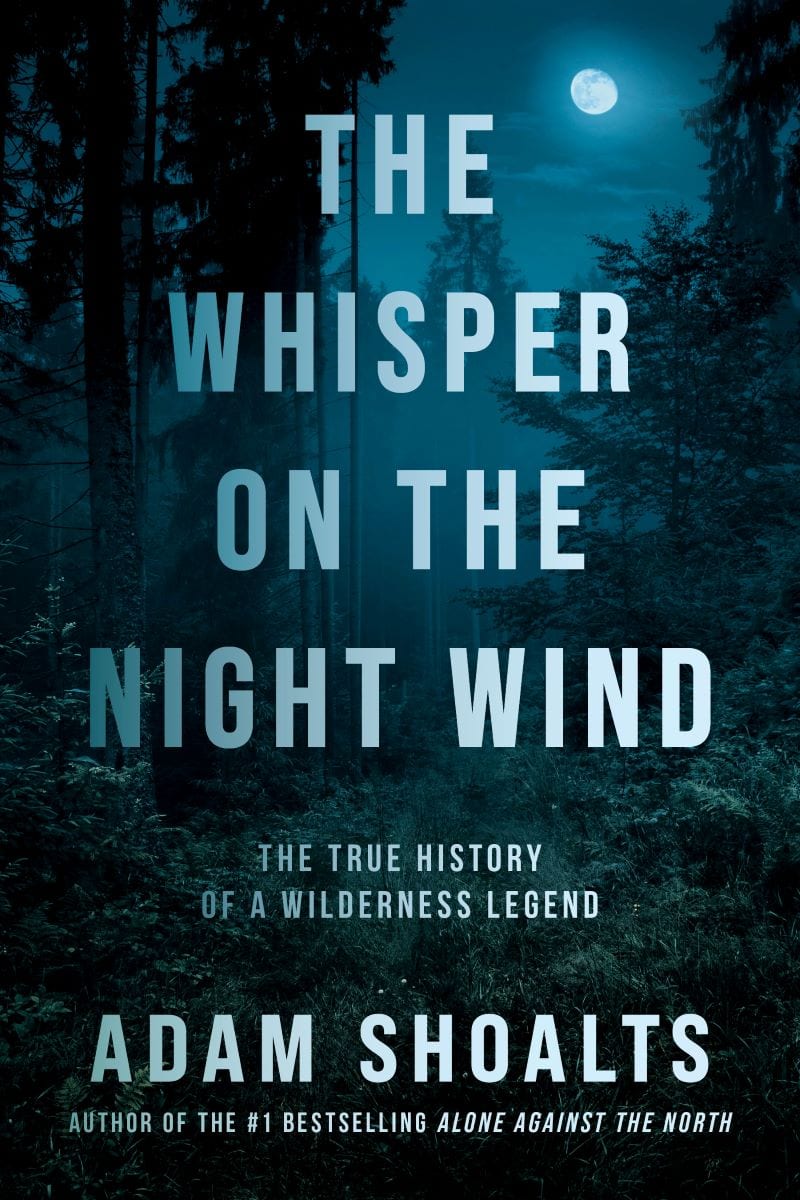 The Whisper on the Night Wind

The True History of a Wilderness Legend

About The Whisper on the Night Wind:

Traverspine is not a place you will find on most maps. A century ago, it stood near the foothills of the remote Mealy Mountains in central Labrador. Today it is an abandoned ghost town, almost all trace of it swallowed up by dark spruce woods that cloak millions of acres.

In the early 1900s, this isolated little settlement was the scene of an extraordinary haunting by large creatures none could identify. Strange tracks were found in the woods. Unearthly cries were heard in the night. Sled dogs went missing. Children reported being stalked by a terrifying grinning animal. Families slept with cabin doors barred and axes and guns at their bedsides.

Tales of things that “go bump in the night” are part of the folklore of the wilderness, told and retold around countless campfires down through the ages. Most seldom seem very tangible. Sasquatch, windigos, and other legends are easily dismissed by skeptics. But what happened at Traverspine a hundred years ago was different. The eye-witness accounts were detailed, and those who reported them included no less than three medical doctors and a wildlife biologist.

Something really did emerge from the wilderness to haunt the little settlement of Traverspine. Adam Shoalts, decorated modern day explorer and an expert on wilderness folklore, picks up the trail from a century ago and sets off into the Labrador wild to investigate the tale. It is a spine-tingling adventure, straight from a land steeped in legends and lore, where Vikings wandered a thousand years ago and wolves and bears still roam free.

In delving into the dark corners of Canada’s wild, The Whisper on the Night Wind combines folklore, history, and adventure into a fascinating saga of exploration.

Staff Pick of the Month – Indigo

"Shoalts is precise in his descriptions of setting and his writing is filled with sensory detail. There is also a clever, intentional use of language that heightens tension and lets a creepiness seep into the narrative...The dialogue builds an atmosphere that you might find at the beginning of a horror story – the casual, ill-fated words of characters who will soon be hunted....There is an honest curiosity that drives the book, and that is much more alluring than bravado or a desire for conquest...These great wildernesses will always be filled with mystery, beauty, danger, and warning – elements that have brought human lives into stark focus for eons. The author leaves us there, and with a greater sense of what it would mean to lose these places forever, and so lose what human beings are when surrounded by nature."