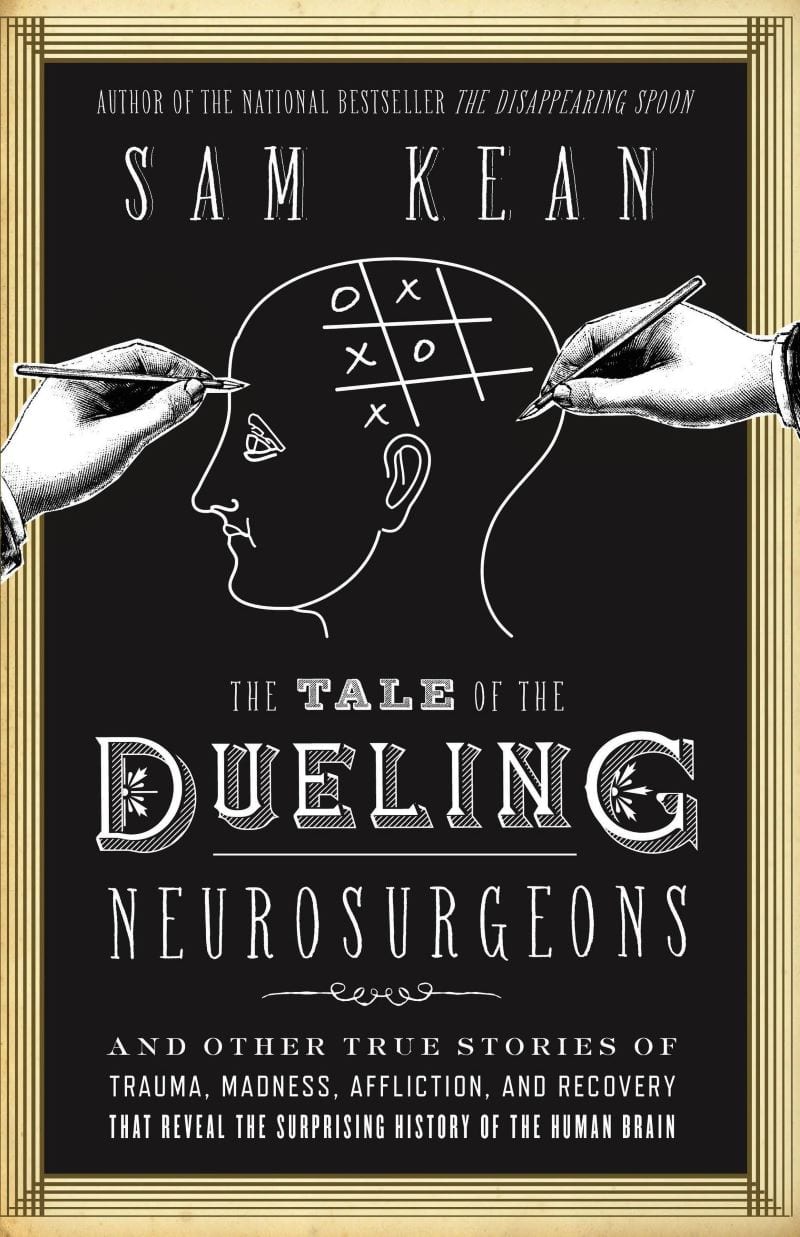 The Tale of the Dueling Neurosurgeons

And Other True Stories of Trauma, Madness, Affliction and Recovery That Reveal the Surprising History of the Human Brain

About The Tale of the Dueling Neurosurgeons:

The author of the bestseller The Disappearing Spoon reveals the secret inner workings of the brain through strange but true stories.

Early studies of the human brain used a simple method: wait for misfortune to strike — strokes, seizures, infectious diseases, horrendous accidents — and see how victims coped. In many cases their survival was miraculous, if puzzling. Observers were amazed by the transformations that took place when different parts of the brain were destroyed, altering victims’ personalities. Parents suddenly couldn’t recognize their own children. Pillars of the community became pathological liars. Some people couldn’t speak but could still sing.

In The Tale of the Dueling Neurosurgeons, Sam Kean travels through time with stories of neurological curiosities: phantom limbs, Siamese twin brains, viruses that eat patients’ memories, blind people who see through their tongues. He weaves these narratives together with prose that makes the pages fly by, to create a story of discovery that reaches back to the 1500s and the high-profile jousting accident that inspired this book’s title.* With the lucid, masterful explanations and razor-sharp wit his fans have come to expect, Kean explores the brain’s secret passageways and recounts the forgotten tales of the ordinary people whose struggles, resilience, and deep humanity made neuroscience possible.

*”The Tale of the Dueling Neurosurgeons” refers to the case of French king Henri II, who in 1559 was lanced through the skull during a joust, resulting in one of the most significant cases in neuroscience history. For hundreds of years scientists have gained important lessons from traumatic accidents and illnesses, and such misfortunes still represent their greatest resource for discovery.

This is Sam Kean's finest work yet, an entertaining and offbeat history of the brain populated with mad scientists, deranged criminals, geniuses, and wretched souls. The Tale of the Dueling Neurosurgeons is one of those books that will have you following your friends around, reading passages out loud, until they snatch the book away from you and read it for themselves. Good luck getting it back.


Put your Netflix queue on hold. Sam Kean's The Tale of the Dueling Neurosurgeons will command your full attention from the first page. It's not just an engaging guide to mysteries of existence; it's compelling story-telling for anyone with a taste for the bizarre and metaphysical.


Reading this collection is like touring a museum of neuroscience's most dramatic anomalies, each chapter taking us to a different place and time.... Kean's colloquial language and intimate voice bring all of this series of mini-histories to life -- all of which are sure to stimulate a wide range of brains.


To pick up one of these stories is to lose oneself in them. Where does the brain end and the mind begin? Curious readers will find both brain and mind fully revved up while engaging with this powerfully appealing and thought-provoking work of neuroscience history.


The author's skill in illuminating how the brain functions and malfunctions manifest themselves in people's lives makes for absorbing reading....These avowals ultimately raise weighty, compelling questions about the nature of identity and what it means to be human.


Sam Kean can spin a tale as well as any fiction writer....Kean is a rare writer who approaches science writing as a child would a playground at recess. It's a wide-open field full of possibilities, limited only by the surroundings and what our imaginations can do with them.