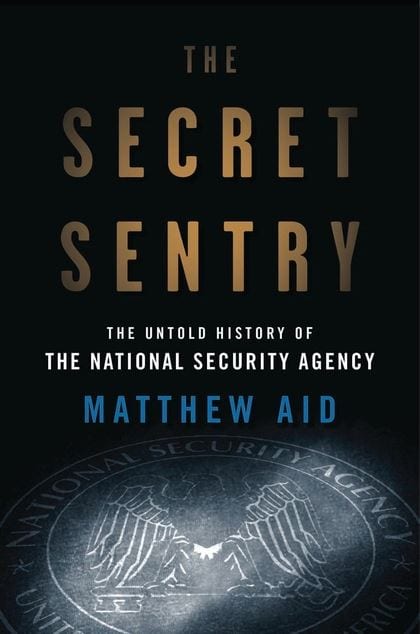 The Untold History of the National Security Agency

About The Secret Sentry:

In February of 2006, Matthew Aid’s discovery of a massive secret historical document reclassification program then taking place at the National Archives made the front page of the New York Times. This discovery is only the tip of the iceberg of Aid’s more than twenty years of intensive research, culled from thousands of pages of formerly top secret documents.

In The Secret Sentry, he details the untold history of America’s most elusive and powerful intelligence agency, the National Security Agency (NSA), since the end of World War II. This will be the first comprehensive history of the NSA, most recently in the news with regards to domestic spying, and will reveal brand new details about controversial episodes including the creation of Israel, the Bay of Pigs, the Berlin Wall, and the invasion of Iraq. Since the beginning of the Cold War, the NSA has become the most important source of intelligence in the US government: 60% of the president’s daily briefing comes from the NSA. Matthew Aid will reveal just how this came to be, and why the NSA has gone to such great lengths to keep its history secret.

This, very simply, is the most informative book ever written on the inside bureaucratic struggles and the outside operations of the National Security Agency. Matthew Aid is our reigning expert on the NSA.

Seymour M. Hersh, author of Chain of Command: The Road from 9/11 to Abu Ghraib


NSA analysis now comprises as much as 60 percent of the president's daily intelligence briefing, and Aid provides a critical history of the agency that has the ear of the leader of the free world. A sprawling but revealing look at a powerful, shadowy agency of the American government.

Matthew M. Aid is a leading intelligence historian and expert on the NSA. He is a regular commentator on intelligence matters for the New York Times, the Financial Times, National Journal, the Associated Press, CBS News, National Public Radio, and many others. He lives in Washington, D.C.