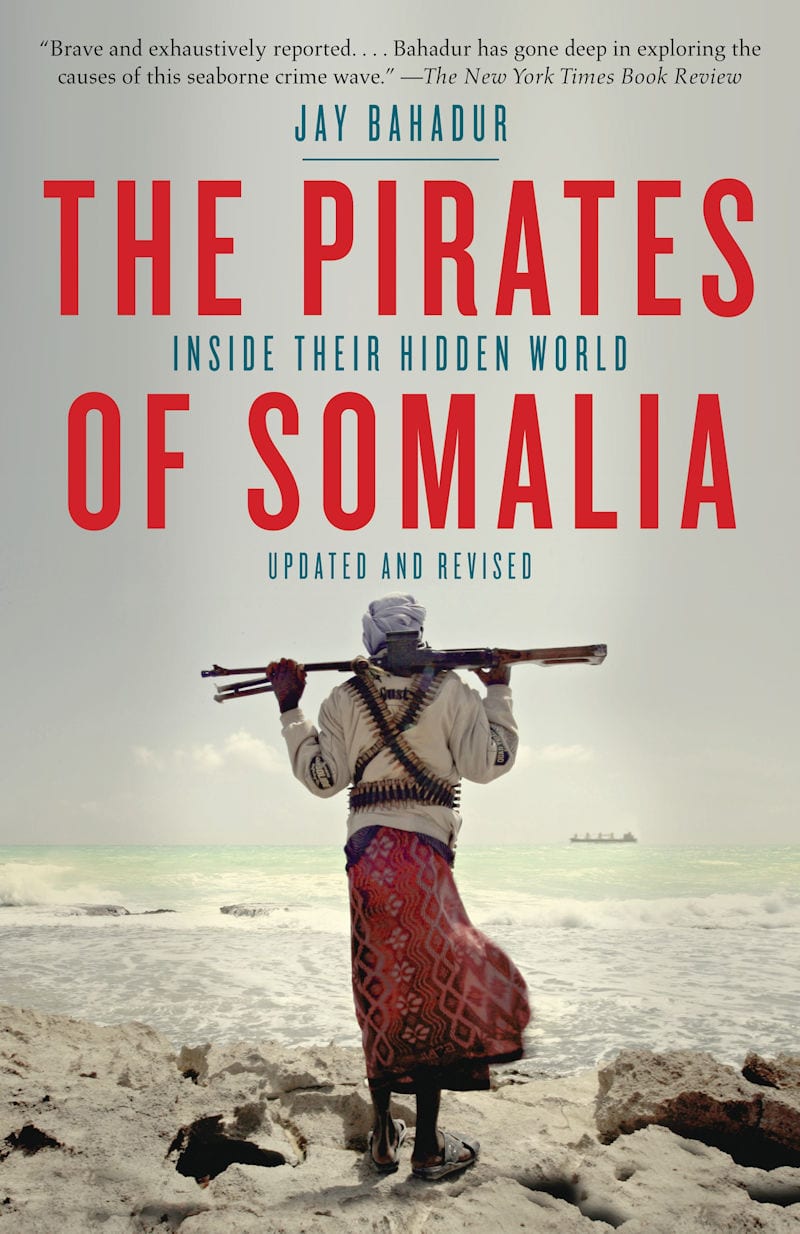 The Pirates of Somalia

Inside Their Hidden World

About The Pirates of Somalia:

The first close-up look at the hidden world of Somali pirates by a young journalist who dared to make his way into their remote havens and spent a year infiltrating their lives.

For centuries, stories of pirates have captured imaginations around the world. The recent ragtag bands of pirates off the coast of Somalia, hijacking multimillion-dollar tankers owned by international shipping conglomerates, have brought the scourge of piracy into the modern era.

Jay Bahadur’s riveting narrative exposé—the first of its kind—looks at who these men are, how they live, the forces that created piracy in Somalia, how the pirates spend the ransom money, how they deal with their hostages, among much, much more. It is a revelation of a dangerous world at the epicenter of political and natural disaster.


Bahadur has borne witness and seen what no other journalist has seen. He has peeked behind the curtain of the pirates of Somalia in their faraway tribal homelands . . . and lived to tell about it.


This vivid and intelligent study of Somali pirates uncovers the reckless men behind the nation’s most lucrative business. . . a balanced and fascinating portrait.


A punchy and impressive debut...A brave and timely book that reaches far behind the glib newspaper headlines to uncover the hidden world of Somali piracy.

Justin Marozzi, author of The Man Who Invented History


An illuminating guide. . . . Bahadur has probably spent more time with Somali pirates than just about any other Western researcher or writer.


A first-of-its kind book...akes readers through the evolution of the pirate groups from garrulous, self-proclaimed vigilantes who claim they are protecting Somalia’s waters from illegal fishing vessels to the deadly criminal gangs they are today.

Jay Bahadur is a journalist whose writings about Somali pirates have been published in The New York Times, The Times (London), and The Globe and Mail. He has worked for CBS News and appeared on BBC Radio multiple times as an expert on sea piracy.