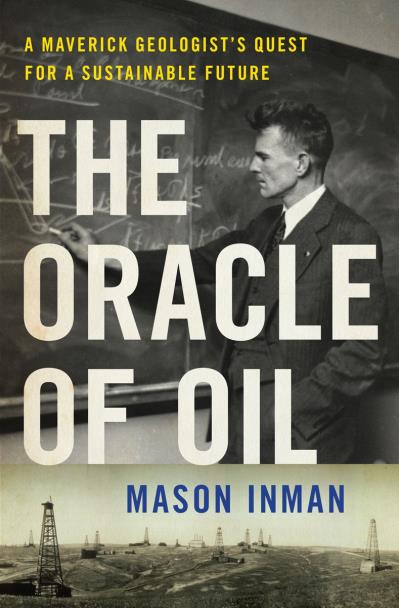 The Oracle of Oil

A Maverick Geologist's Quest for a Sustainable Future

About The Oracle of Oil:

In 1956, geologist and Shell Oil researcher Marion King Hubbert delivered a speech that has shaped world energy debates ever since.

Addressing the American Petroleum Institute, Hubbert dropped a bombshell on his audience: U.S. oil production would peak by 1970 and decline steadily thereafter. World production would follow the same fate, reaching its peak soon after the turn of the millennium. In battles stretching over decades, Hubbert defended his forecasts against opponents from both the oil industry and government.

Hubbert was proved largely correct during the energy crises of the 1970s and hailed as a “prophet” and an “oracle.” Even amid our twenty-first-century fracking boom, Hubbert’s underlying logic holds true—while remaining a source of debate and controversy.

A rich biography of the man behind peak oil, The Oracle of Oil follows Hubbert from his early days as a University of Chicago undergraduate to his first, ill-fated forays into politics in the midcentury Technocracy movement, and charts his rise as a top geologist in the oil industry and energy expert within the U.S. government.

In a deeply researched narrative that mines Hubbert’s papers and correspondence for the first time, award-winning journalist Mason Inman rescues the story of a man who shocked the scientific community with his eccentric brilliance. The Oracle of Oil also skillfully situates Hubbert in his era: a time of great intellectual ferment and discovery, tinged by dark undercurrents of intellectual witch hunts. Hubbert emerges as an unapologetic iconoclast who championed sustainability through his lifelong quest to wean the United States—and the wider world—off fossil fuels, as well as by questioning the pursuit of never-ending growth.

In its portrait of a man whose prescient ideas still resonate today, The Oracle of Oil looks to the past to find a guiding philosophy for our future.

An instructive account of the power of groupthink and the value of independent minds.


Visionaries invariably fascinate us, but this engaging biography of a prophetic oil geologist, M. King Hubbert, is more than just an absorbing read: It reveals wise insight into how we might still turn our reckless slide down the back side of Hubbert's infamous peak into a reasonably soft landing.

Alan Weisman, New York Times best-selling author of The World Without Us


The Oracle of Oil is an enlightening book that pays fitting tribute to a brave scientist who cautioned about our reliance on oil and our need to transition to a renewable energy economy, long before it was fashionable.


In Hubbert’s story, Inman has found a meditation on the booms and busts that marked twentieth-century economic growth. . . . In writing the first biography of Hubbert, Inman has retrieved, if not rescued, the story of a scientist who has much to offer to today’s energy conundrum.


A masterful telling of Hubbert’s life and ideas.


The Oracle of Oil is a great example of how bringing the past alive can help us make sense of the future. Both Hubbert the man and his big idea are fascinating, and together they make a rich biography.

Mason Inman is an award-winning journalist who focuses on energy and climate issues. He has written for National Geographic News, Science, Nature, and The Economist, and has reported from Bangladesh and Pakistan. He lives in Oakland, California.