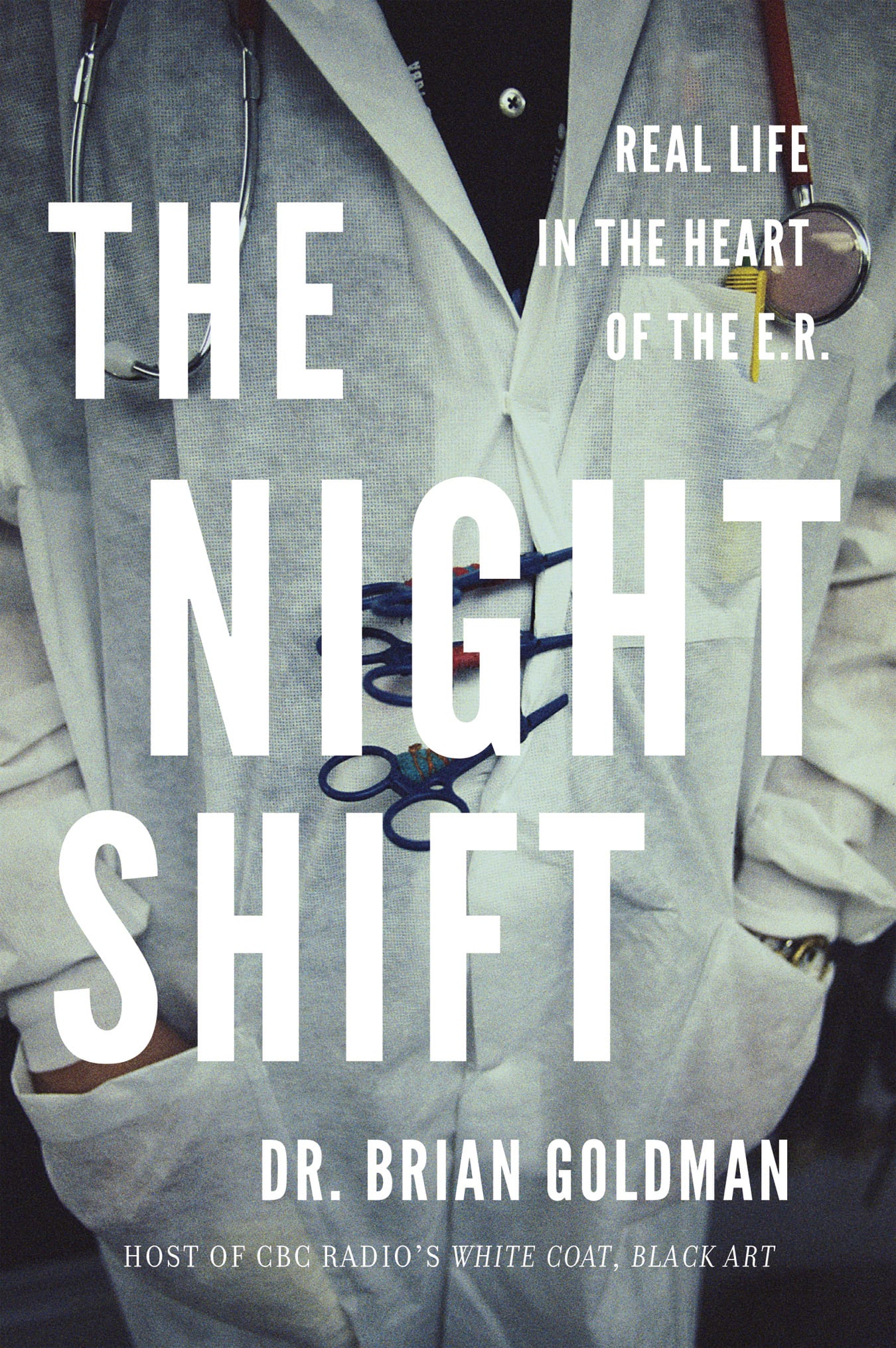 Real-Life in the Heart of the E.R.

About The Night Shift:

In The Night Shift, Dr. Brian Goldman shares his experiences in the witching hours at Mount Sinai Hospital in downtown Toronto.

We meet the kinds of patients who walk into an E.R. after midnight: late-night revellers injured on their way home after last call, teens assaulted in the streets by other teens and a woman who punches another woman out of jealousy over a man.

But Goldman also reveals the emotional, heartbreaking side of everyday E.R. visits: adult children forced to make life and death decisions about critically ill parents, victims of sexual assault, and mentally ill and homeless patients looking for understanding and a quick fix in the twenty-four-hour waiting room.

Written with Goldman’s trademark honesty and with surprising humour, The Night Shift is also a frank look at many issues facing the medical profession today, and it offers a highly compelling inside view into an often shrouded world.

Any patient who approaches the triage desk of an emergency wants to know two things. The first is pragmatic: "How long." The second is unspoken, and likely unacknowledged, as she looks over the nurse's shoulder and through an open doorway for a glimpse of the world behind: What goes on in there? Our culture is awash in entertainment set in hospitals and emergency rooms, from the frenetic action of ER to the scrubs-shedding calisthenics of Grey's Anatomy. What television drama has less interest for is the unvarnished narrative, the simple experiences at the initial point of contact, when people must admit they are sick and seek help from doctors and nurses to whom they are unknown. Brian Goldman's The Night Shift succeeds at being that narrative.


A wonderfully frank, highly informative and, most importantly, deeply humane exploration of one of medicine’s most challenging disciplines—emergency medicine.

Dr. Vincent Lam, author of the Giller Prize-winning Bloodletting and Other Cures

Terry O’Reilly, host of CBC Radio’s The Age of Persuasion and author of This I Know

Dr. Brian Goldman is a highly regarded emergency physician and an award-winning medical journalist. He is the host of the CBC radio program White Coat, Black Art.

Other Books by Dr. Brian Goldman: