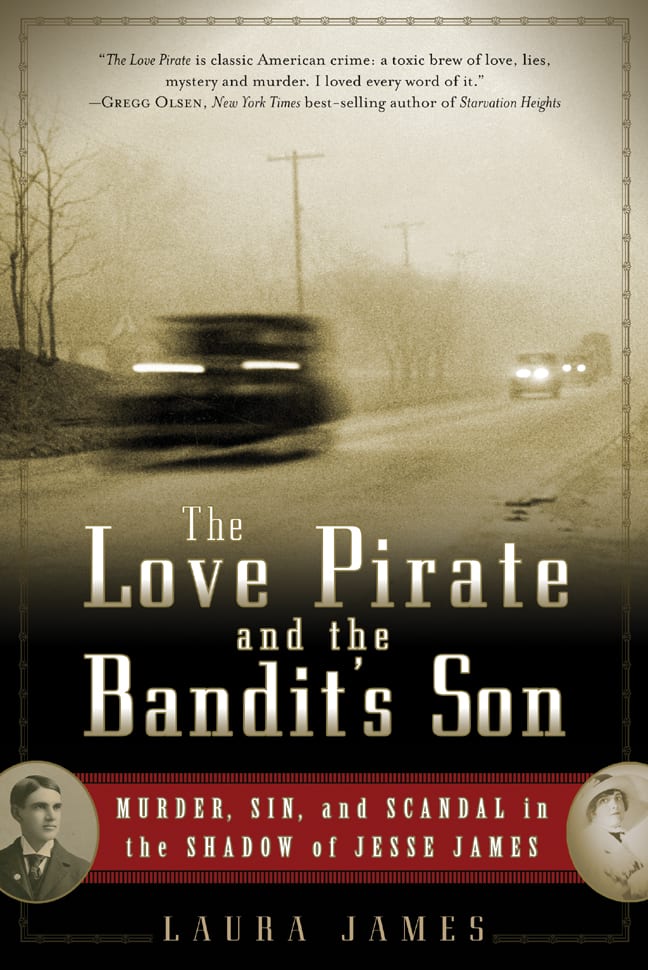 The Love Pirate and the Bandit’s Son

Murder, Sin, and Scandal in the Shadow of Jesse James

About The Love Pirate and the Bandit’s Son:

The beautiful Wilkins—a scheming and oft-married osteopath—was no shrinking violet; she married and probably buried five husbands (or six, according to some reports), some decades older, and all much wealthier, than she. But she was no match for the nefarious Jesse Jr., whom the author argues stabbed Zeo to death in her Kansas City home in 1924. (The murder was never officially solved.) Laura James maps out the childhood, career, and marital machinations of this ravishing “love pirate” before charting the promising but invariably disappointing life of the bandit’s only son. In the book’s third section, the two indelible characters collide, with lethal consequences for Wilkins.

"This is a remarkable, rich, almost cinematically compelling story of greed. James does an excellent job...A top-flight true-crime story."


Laura James knows as much about historical true crime as anyone living. Her auspicious debut is a terrific treat for lovers of American true crime.


A mesmerizing book, brilliantly researched and compellingly written, The Love Pirate is classic American crime: a toxic brew of love, lies, mystery and murder. Author Laura James serves it up with smarts and panache. I loved every word of it.


Covering one of the most fascinating yet little-known murders of the Jazz Age, James makes a convincing case that the killer was the son of Jesse James. The Love Pirate is researched with a true historian’s eye for rich detail and is enlivened with flashes of dry, dark humor.


[A]n enormously riveting story, told with a bracing, fast-paced and biting narrative. The dramatic and ultimately tragic lives of these two extraordinary, flawed individuals rivals those of any fictional characters.

Kathleen A. Cairns, author of The Enigma Woman: The Death Sentence of Nellie May Madison

Laura James is a crime historian and attorney based in Detroit. An avid follower of historic true crime for more than twenty years, she is the founder of Clews: The Historic True Crime Blog, one of the top true crimes on the Web.