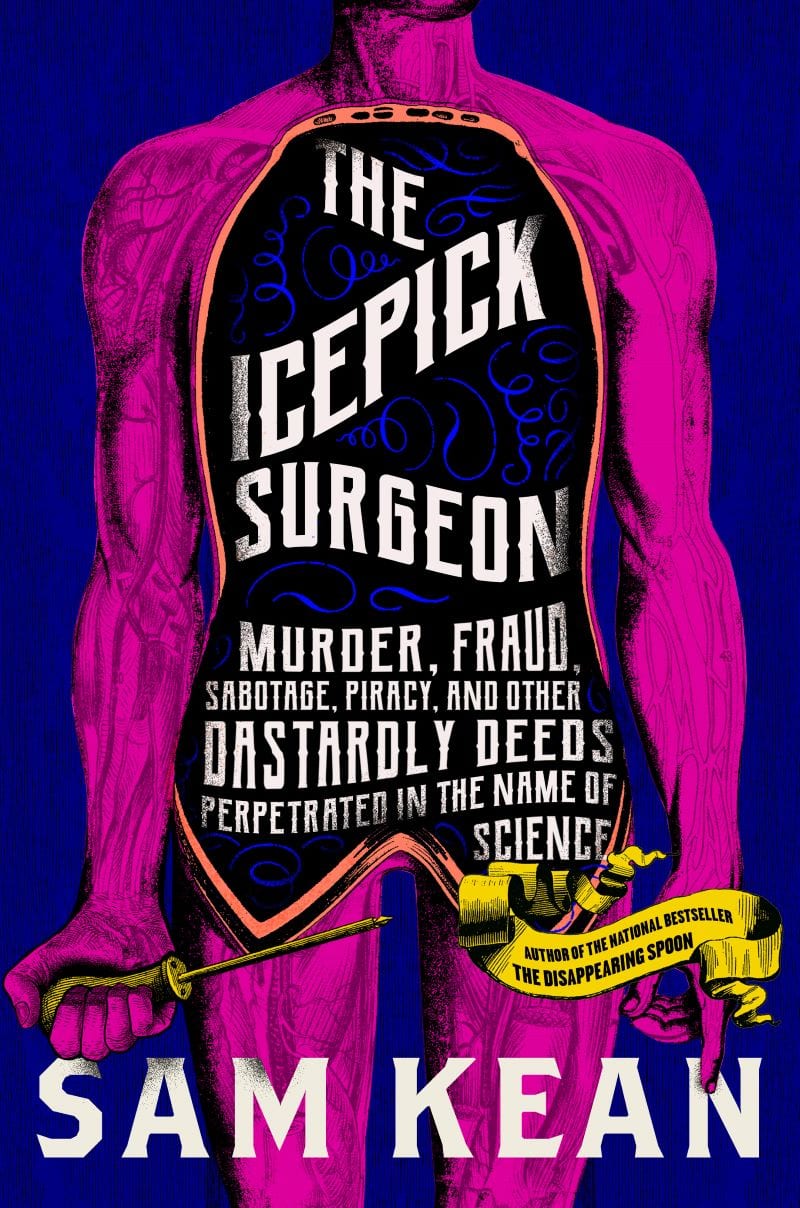 Murder, Fraud, Sabotage, Piracy, and Other Dastardly Deeds Perpetrated in the Name of Science

About The Icepick Surgeon:

From bestselling author Sam Kean, comes this fascinating and thrilling tour of the darker side of science—from the past to the present, and even into the future.

In our society, scientists are the good guys—usually. Every so often one of them goes rogue and ends up on the wrong side of the law. The Icepick Surgeon exposes the crimes that researchers have committed throughout history and examines what pushes these otherwise rational men and women to cross the line in the name of science—like real-life versions of Breaking Bad.

Many of these incidents have been overlooked in the annals of history, despite their sensational nature. Others were splashed across the headlines of every tabloid newspaper in their day but have long since receded into the mists of time. The Icepick Surgeon provides a unique opportunity to resurrect these stories and take a peek at what drove people to break the ultimate taboos in ages past.

The stories range from the dawn of science in the 1600s to the high-tech felonies and misdemeanors of tomorrow, spanning all corners of the globe for the perfect fusion of the thrills of true crime with the most exciting discoveries science has to offer. The Icepick Surgeon combines both the highest aspirations of humankind with our most dastardly deeds to make for a sensational read.

"Kean (The Bastard Brigade) delivers a fascinating survey of crimes committed by scientists, all of whom shared the desire to "do science too well, to the exclusion of their humanity"....This engrossing look at crimes often committed by otherwise moral people deserves a wide readership."


"Kean is a powerful, exciting storyteller who deftly considers ethical questions within an engaging narrative...A lively, compelling addition to the true crime and popular science genres."


"A series of gripping stories about evil scientific deeds, corrupt rivalries and skulduggery — with real skulls. Kean is a gifted raconteur."


"Written with the flair of a beach thriller and the thoughtfulness of philosophy, the pages explode with a wealth of information and juicy details, all held together with virtuoso storytelling."