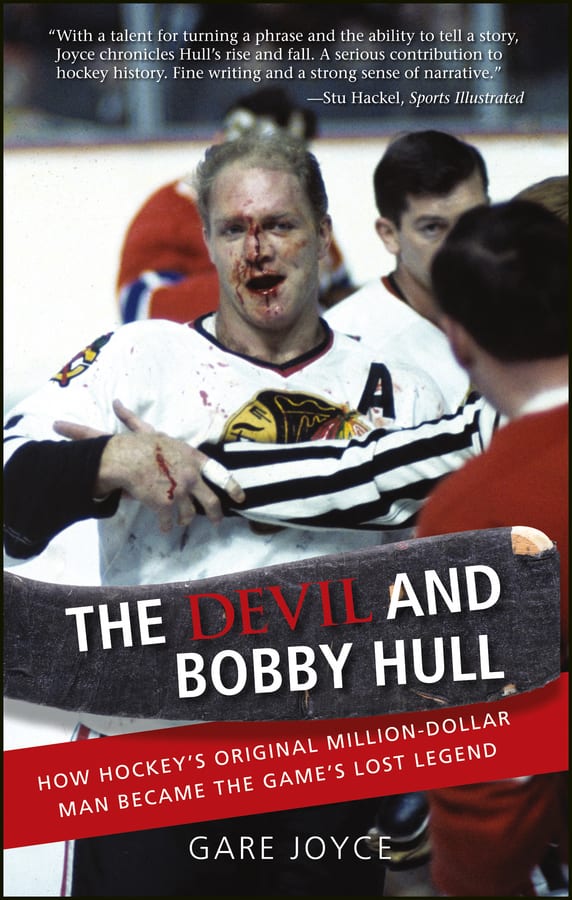 The Devil and Bobby Hull

About The Devil and Bobby Hull:

In his prime, few could dispute Bobby Hull’s athletic brilliance—the first to have five 50-goal seasons, the highest scorer on the 1976 Canada Cup team, the first to use the slapshot as a scoring weapon, and the first hockey player to sign a million-dollar contract. With his body-builder torso, and his 100 mph volleys across a rink, the world of hockey glory was his to lose. And he did. With his publicized marital troubles and his defection from the NHL to the WHA, Hull’s star began to fall, leaving him broke and in exile from the game. In The Devil and Bobby Hull, this once great hockey player and pioneer is finally given his due.

Not only are Hull’s remarkable on-ice achievements finally put in perspective, so, too, are his achievements off the rink—including endorsements for a wide array of products (rare for an NHL player) and his appearance on the cover of Sports Illustrated a record four times. And the book details how Hull’s battle with the owners of the Chicago Blackhawks—challenging the reserve clause in his contract, a move that enabled him to move to the WHA—helped other players follow him.

A candid look at one of hockey’s most gifted and controversial figures, The Devil and Bobby Hull tells the story of his extraordinary career and life—and why this remarkable man has not faded into oblivion.

With a talent for turning a phrase and the ability to tell a story, Joyce chronicles Hull's rise and fall. A serious contribution to hockey history. Fine writing a strong sense of narrative.

Gare Joyce, described by Sports Illustrated as “one of this continent’s master craftsmen of sporting prose,” is a writer for ESPN The Magazine , a sports correspondent for The Christian Science Monitor and a contributor to several other magazines. He has won four National Magazine Awards and been a finalist 19 times. He has written three books, Sidney Crosby: Taking the Game by Storm, The Only Ticket Off the Island: Baseball in the Dominican Republic, and When the Lights Went Out: How One Brawl Ended Hockey’s Cold War and Changed the Game.

Other Books by Gare Joyce: