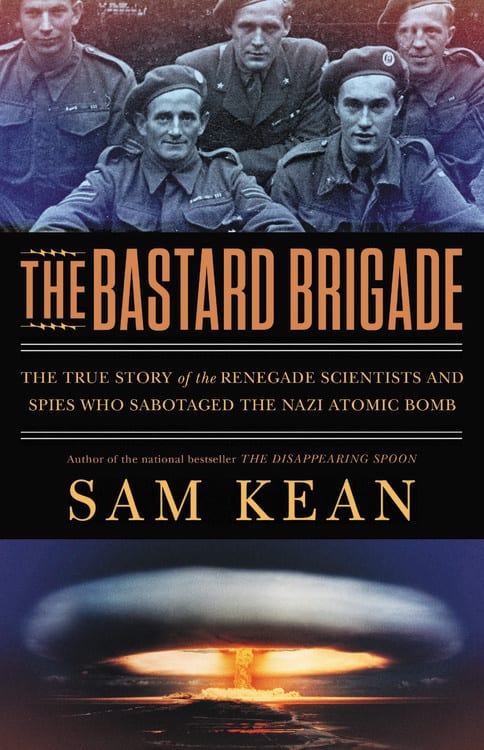 About The Bastard Brigade:

Scientists have always kept secrets. But rarely in history have scientific secrets been as vital as they were during World War II. In the midst of planning the Manhattan Project, the U.S. Office of Strategic Services created a secret offshoot – the Alsos Mission – meant to gather intelligence on and sabotage if necessary, scientific research by the Axis powers. What resulted was a plot worthy of the finest thriller, full of spies, sabotage, and murder. At its heart was the “Lightning A” team, a group of intrepid soldiers, scientists, and spies, who were given almost free rein by the Allies to get themselves embedded within the German scientific community to stop the most terrifying threat of the war: Hitler acquiring an atomic bomb of his very own.

While the Manhattan Project and other feats of scientific genius continue to inspire us today, few people know about the international intrigue and double-dealing that accompanied those breakthroughs. The Bastard Brigade recounts this forgotten history, fusing a nonfiction spy thriller with some of the most incredible scientific ventures of all time.

Best Book of the Month – Amazon.com

"An exciting read for fans of World War II history, espionage tales, and the development of nuclear weapons."


"Sam Kean is not an ordinary science writer, he is an extraordinary one."


"An exciting history of the battle for atomic supremacy during World War II."


"The Bastard Brigade is a revelatory read that lures you deeper and deeper inside this complex story. The cast of characters is enormously entertaining; by turns, funny and fearless. One gets the feeling that the original "bastards" would salute Kean's stirring account of their adventures."


"I have been following bits and pieces of this story for years. But have never been able to unite the pieces, until Sam Kean came along. This is a stranger-than-fiction tale of espionage."