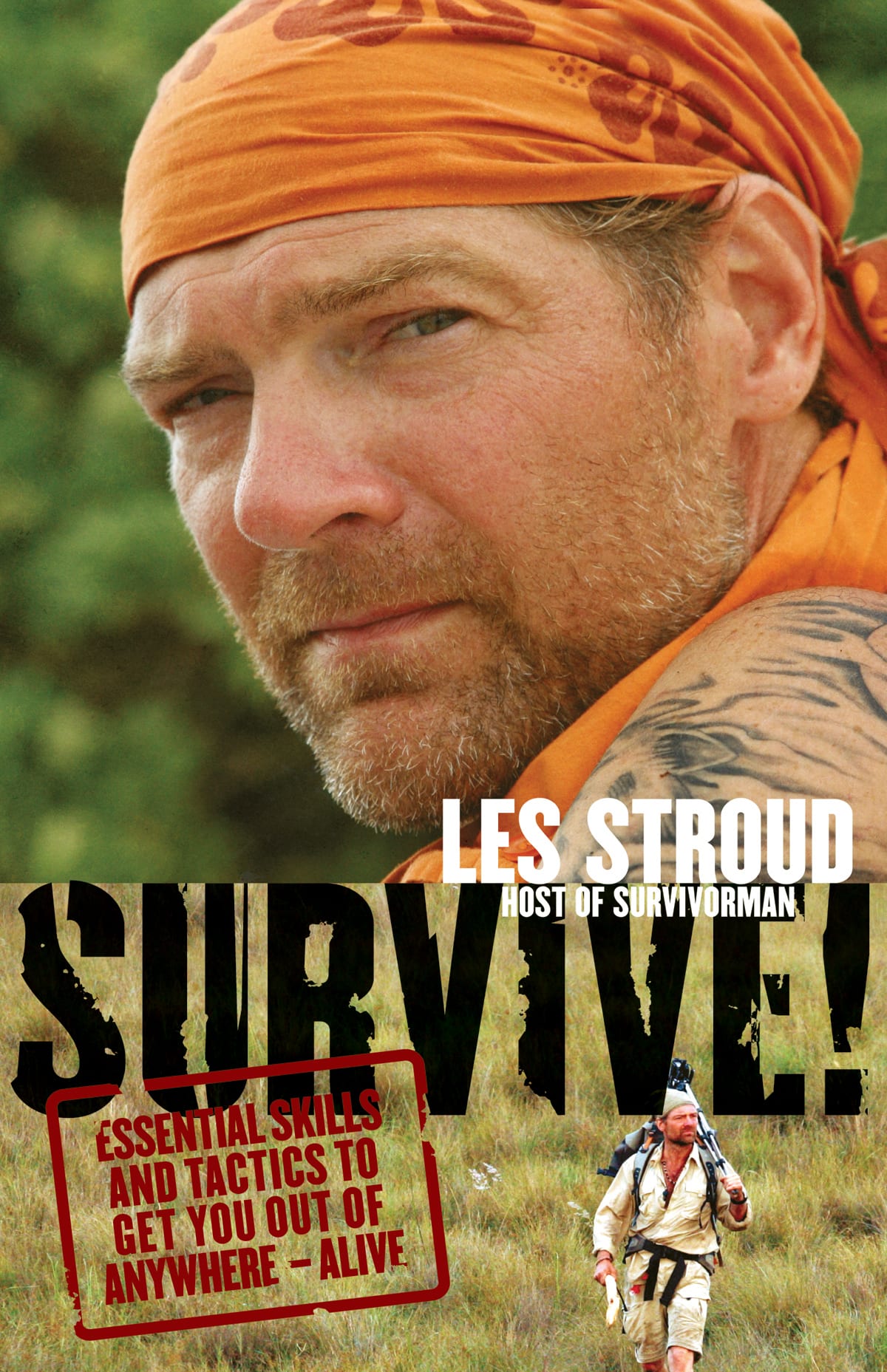 Essential Skills and Tactics to Get You Out of Anywhere - Alive

You’re alone in the forest on a fine autumn day with nothing but a multitool. You’re stuck there for a week. Should you be more worried about finding a source of uncontaminated water or about a bear that might be in the area? Neither, says Les Stroud. The bear will most likely avoid you, and dehydration will affect you faster than parasites in untreated water. Your bigger worry should be shelter—the daytime might be nice, but it’s likely going to be cold at night. And that’s just the beginning.

The concept of Survivorman is simple: left in a remote location, Les must survive for seven days on his own without food, water or equipment. Now, he shares his expert knowledge in Survive!, a fully illustrated guide based on his experiences on six continents and filled with field-tested advice. Many books on survival are culled from Second World War–era training techniques that are out-of-date or just plain wrong. Survive! debunks these dated myths, exploring basic and advanced tactics that show you how to cope in any survival situation.

Brought to life with Les’s own anecdotes and the tales of others, Survive! is the perfect manual for anyone — from beginner to armchair traveller to seasoned explorer — who wants to meet nature’s dangers with confidence. As Les writes, “If you believe you can make it through the bad times, and you are not intimidated by the forces of nature, you will markedly increase your chances of survival.”

Bestseller – The Globe and Mail