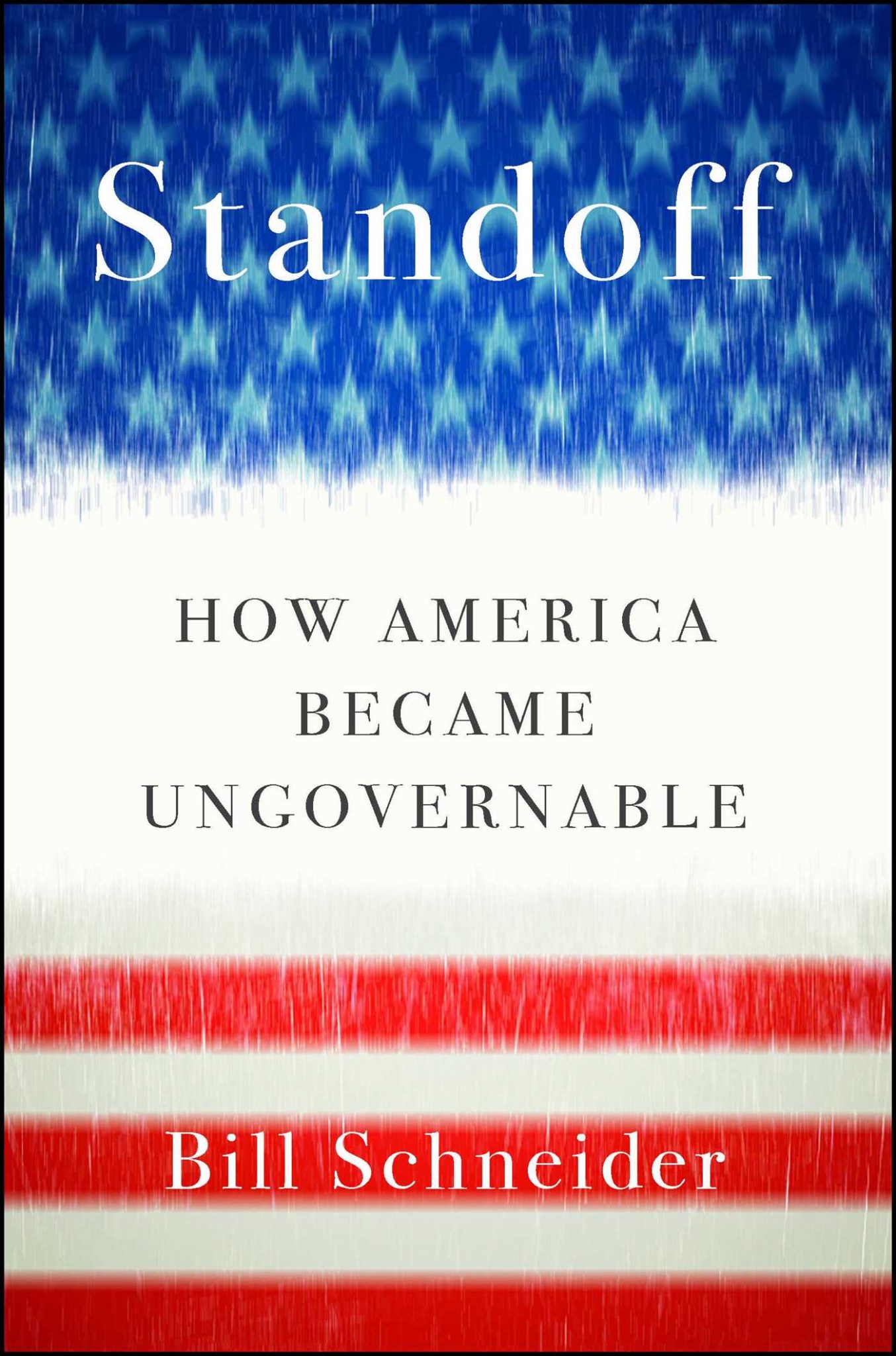 Bill Schneider, former CNN senior political analyst, takes us inside the voting booth to show how Americans vote and why their votes sometimes seem to make no practical sense.

In the 1960s, a rift developed between the Old America and the New America that resulted in a populist backlash that ultimately elected Donald Trump in 2016.

Standoff examines a number of hard-fought elections to show us how we got to Trump. He asserts the power of public opinion. He points to the public that draws the line on abortion and affirmative action. He shows why an intense minority cancels a majority on gun control, immigration, small government, and international interests.

Standoff tells us why fifty years of presidential contests have often been confounding. It takes us inside to watch how and why Americans pull the lever, how they choose their issues and select their leaders. It is usually values that trump economics. Standoff is required reading for an understanding of the 2016 election and the political future.

For four decades, Bill Schneider has been one of our wisest electoral analysts, one of our shrewdest dissectors of political numbers, and one of our most historically grounded political scientists. He loves politics and conveys that love on every page. It is a joy to see all of these skills on display in Standoff, which tells a compelling story about how we have grown apart as a country and why our politics seem so broken.

E.J. Dionne Jr., co-author of One Nation After Trump and author of Why the Right Went Wrong


More political scientist than pundit, Bill Schneider has long been one of America’s most astute and knowledgeable commentators. In Standoff, his fresh observations on immigration, economic inequality, the gun culture, partisanship, and the presidency are not just timely but offer a deep perspective on what Americans believe and why.

Joe Conason, author of Man of the World: The Further Endeavors of Bill Clinton


Bill Schneider has been helping us understand our politics for a long time. His new book Standoff won't win any prizes for inspiring cheerfulness, but it may be Schneider's best contribution yet to the political literature. Liberals who are baffled by Donald Trump's ability to win the presidency in 2016 will find Schneider's analysis particularly helpful. The book left me feeling smarter, and sadder.

Bill Schneider, a leading U.S. political analyst, was CNN’s senior political analyst for over 18 years, from 1990 to 200. He is a professor at the Schar School of Policy and Government at George Mason University. He has been a visiting professor at UCLA, Brandeis University, and Boston College. He is the author of Standoff and coauthor, with Seymour Martin Lipset, of The Confidence Gap. He has written for The Los Angeles Times, The New Republic, The Atlantic Monthly, The Washington Post, Politico, Reuters, and National Journal.