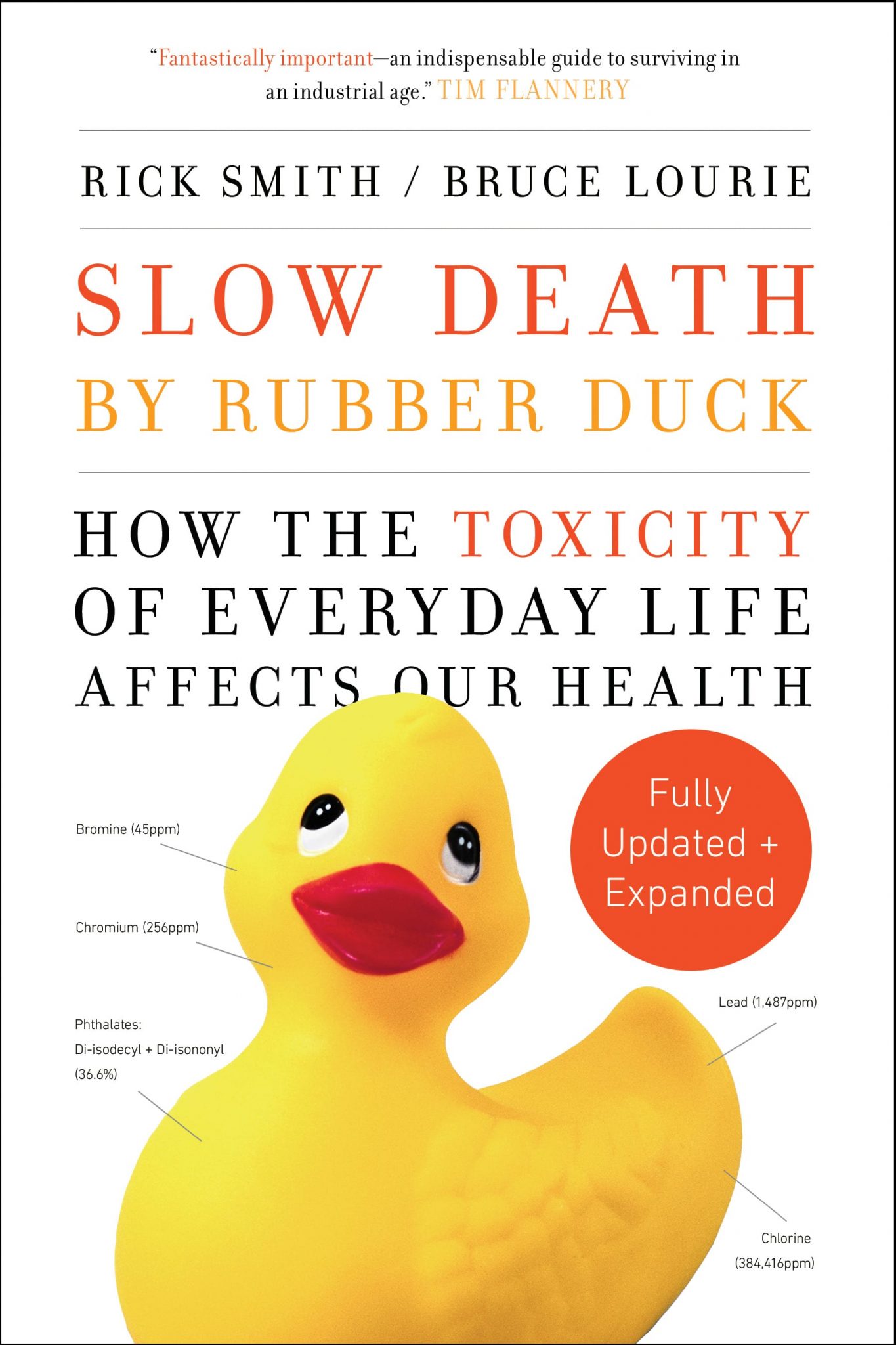 How the Toxic Chemistry of Everyday Life Affects Our Health

The landmark book about the toxicity of everyday life, updated, revised and re-issued for its 10th anniversary, along with the experiments from Smith and Lourie’s second book, Toxin Toxout.

It’s amazing how little can change in a decade. In 2009, a book transformed the way we see our frying pans, thermometers and tuna sandwiches. Daily life was bathing us in countless toxins that accumulated in our tissues, were passed on to our children and damaged our health.

To expose the extent of this toxification, environmentalists Rick Smith and Bruce Lourie offered themselves to science and undertook a series of over a dozen experiments to briefly raise their personal levels of mercury, BPA, Teflon and other pollutants.

The ease with which ordinary activities caused dangerous levels to build in their bodies was a wake-up call, and readers all over the world responded. But did government regulators and corporations?

Ten years later, there is good news. But not much.

Concise, shocking, practical and hopeful, this new combined edition of one of the most important books ever published about green living will put the nasty stuff back where it belongs: on the national agenda and out of our bodies.

Undertaking a cheeky experiment in self-contamination, professional Canadian environmentalists Smith and Lourie expose themselves to hazardous everyday substances, then measure the consequences… Throughout, the duo weave scientific data and recent political history into an amusing but unnerving narrative, refusing to sugarcoat any of the data (though protection is possible, exposure is inevitable) while maintaining a welcome sense of humor.


Poised between chirpy green-living manuals and dense academic papers, Smith and Lourie have crafted a true guide for the thinking consumer. If readers don’t change their ways after reading this one, then they never will.


Slow Death by Rubber Duck...isn’t just alarmist environmental shock and awe. It’s a thoughtful look at how pollution has shifted over the years from something tangible and transparent (industrial pollutants as the cause of acid rain) to something abstract and nuanced (BPA’s links to breast cancer). The challenges this change presents, as many of the world’s top scientists explain in these pages, should be of serious concern to us all.


Fantastically important—an indispensable guide to surviving in an industrial age.

Tim Flannery, author of Now or Never and The Weather Makers


Slow Death by Rubber Duck is hard-hitting in a way that turns your stomach and yet also instills hope for a future in which consumers make safer, more informed choices and push their governments to impose tougher regulations on the chemicals all around us.

Bruce Lourie is a leading environmental thinker, writer and speaker. He is President of the Ivey Foundation and is a director of several organizations in Canada and the United States.

Other Books by Rick Smith: