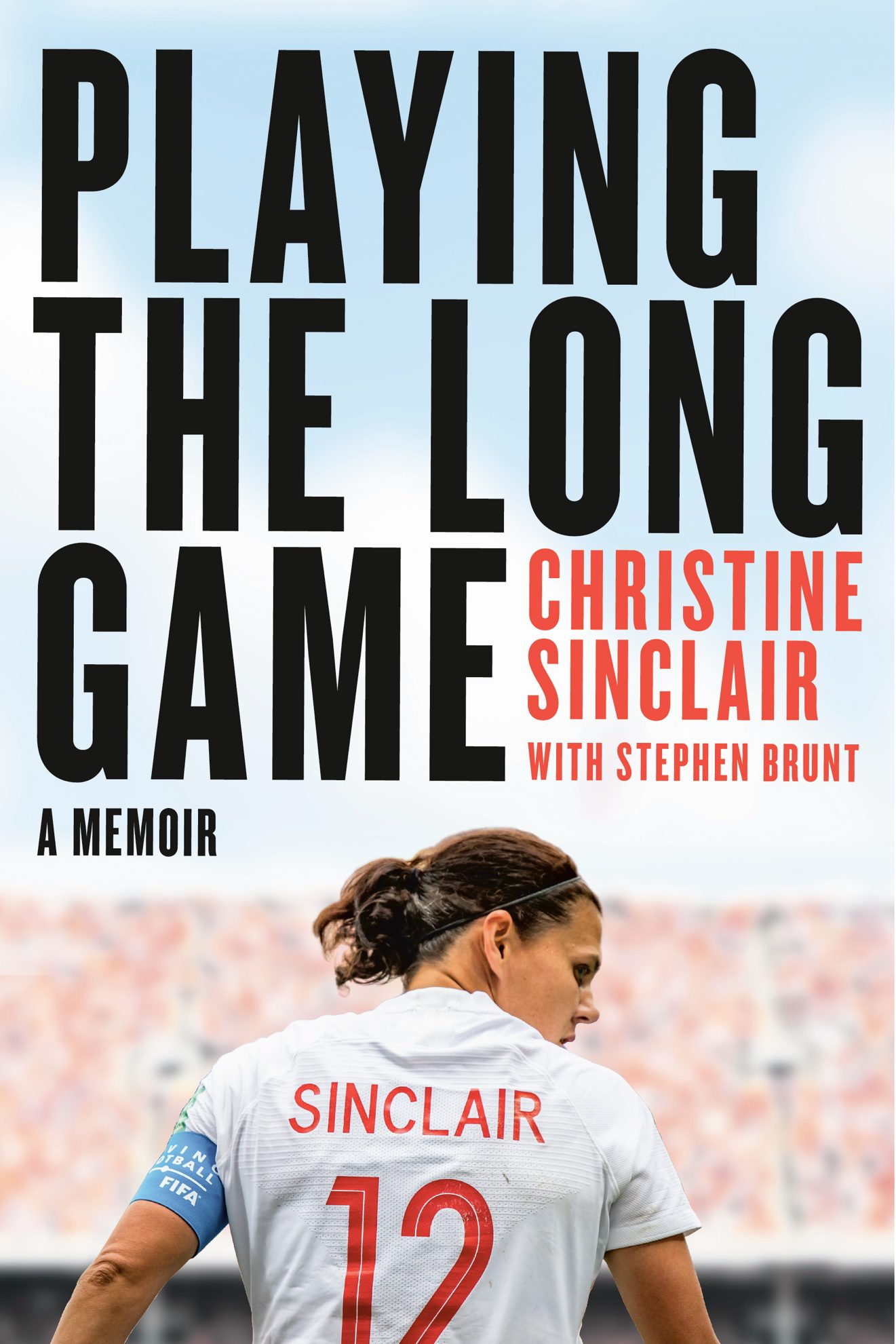 About Playing the Long Game:

For the first time in depth and in public, Olympic soccer gold-medalist Christine Sinclair, the top international goal scorer of all time and one of Canada’s greatest athletes, reflects on both her exhilarating successes and her heartbreaking failures. Playing the Long Game is a book of earned wisdom on the value of determination and team spirit, and on leadership that changed the landscape of women’s sport.

Christine Sinclair is one of the world’s most respected and admired athletes. Not only is she the player who has scored the most goals on the international soccer stage, male or female, but more than two decades into her career, she is the heart of any team she plays on, the captain of both Canada’s national team and the top-ranked Portland Thorns FC in the National Women’s Soccer League.

Working with the brilliant and bestselling sportswriter Stephen Brunt, who has followed her career for decades, the intensely private Sinclair will share her reflections on the significant moments and turning points in her life and career, the big wins and losses survived, not only on the pitch. Her extraordinary journey, combined with her candour, commitment and decency, will inspire and empower her fans and admirers, and girls and women everywhere.

CHRISTINE SINCLAIR is the long-time forward and captain of Canada’s national soccer team and the Portland Thorns FC of the National Women’s Soccer League. An Olympic gold medalist, two-time Olympic bronze medalist, CONCACAF champion, and 14-time winner of the Canadian Soccer Player of the Year award, Sinclair is the all-time leader for international goals scored for men or women, with more than 188 goals, and is one of the most-capped active international footballers with more than 300 caps; she has played and scored in five FIFA Women’s World Cups. In 2022 she was the recipient of the inaugural The Best FIFA Special Award for Women’s Football. Born and raised in Burnaby, BC, she lives in Portland, Oregon.

STEPHEN BRUNT is an award-winning writer and broadcaster with Rogers Sportsnet and the author of many bestselling books including Facing Ali, Searching for Bobby Orr and Gretzky’s Tears. Two of his most recent books are Jordin Tootoo’s All the Way and the hockey memoir from Brian Burke, Burke’s Law, which became a #1 bestseller. He is the co-founder and artistic director of the Writers at Woody Point festival, and divides his time between Hamilton, Ontario, where he was born, and Newfoundland.