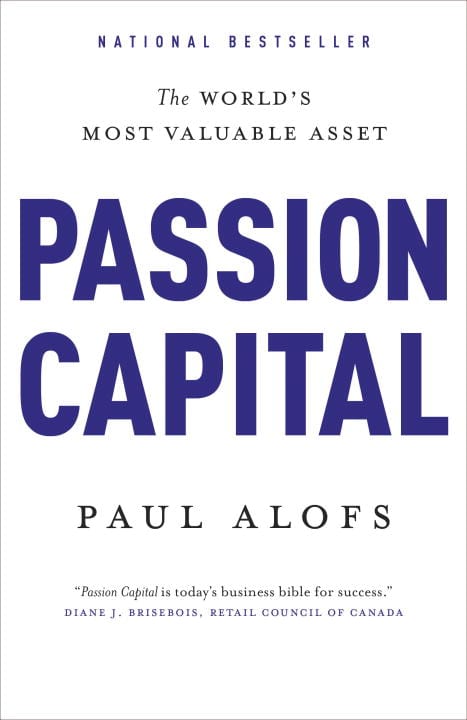 The World's Most Valuable Asset

Passion Capital is a revolutionary asset that will completely change your idea of how to build long-term success for your career, company, or cause.

Ask leaders in any country this essential question: “What is your most valuable asset?” and they may suggest one of three traditional forms of capital – financial, human, or intellectual. These are intelligent, well-meaning answers but they are also completely wrong. More valuable than money, human resources, and intellectual property, Passion Capital is what separates leaders from followers, and innovators from imitators. It is the foundation upon which all other forms of capital are built. Passion is an emotion, but Passion Capital is tangible. It is the energy, intensity, and sustainability leaders use to build lasting value and competitive advantage.

Organizations that possess Passion Capital – Apple, Johnson & Johnson, Four Seasons Hotels, the Montreal Canadiens, among others – lead their sectors, while those that rely on established forms of capital may get stuck in neutral and fail to achieve their full potential.

Passion Capital presents seven principles for growing and investing in this new asset class and includes over fifty insightful stories drawn from business, not-for-profit, the arts sector, and politics.  In this groundbreaking book, veteran business leader Paul Alofs ushers in a whole new way of thinking about the very definition of success and reveals how to acquire the world’s most valuable asset and apply it to your career, company, or cause.

How often do we point to an intangible quality as making the difference between a long-lasting, successful organization and one that is less so? Paul Alofs has now identified this key element. ‘Passion capital’ really resonates and will surely become part of our lexicon. Paul’s compelling examples and thought-provoking case studies bring passion capital to life and make for a truly great read.

Paul Alofs is an award-winning innovator who has run the 500 North American Disney Stores while based in Los Angeles as well as HMV Music Stores and BMG Music while based in Toronto. Since 2003, he has been the CEO of the Princess Margaret Hospital Foundation and has helped raise over $550 million for one of the world’s top 5 cancer research centres. Paul has been named Innovative Retailer of the Year, Music Industry Executive of the Year, and was an inaugural inductee into the Marketing Hall of Legends.