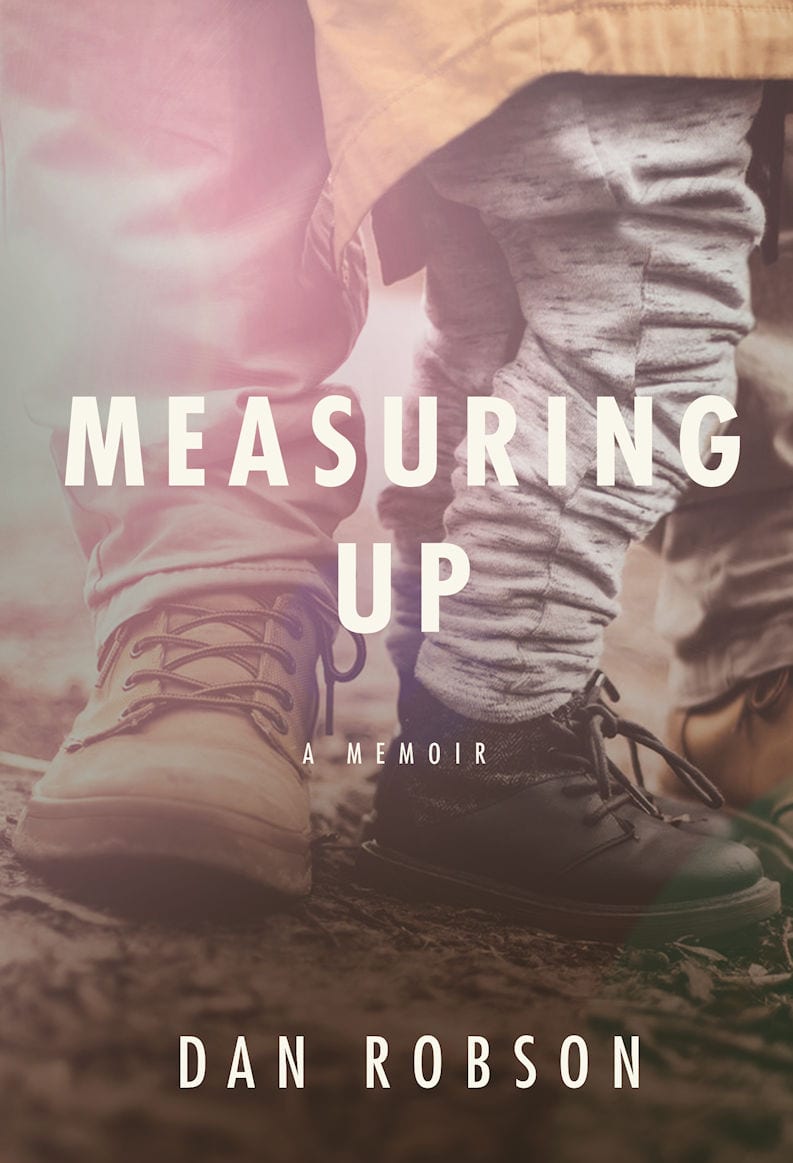 A tender memoir of fathers and sons, love and loss, and learning to fill boots a size too big.

Dan Robson’s father is a builder, a fixer. A man whose high-school education is enough not only to provide for his family, but to build a successful business. Rick Robson holds things up. When he dies, nothing in his son’s world feels steady anymore. In a very real sense, the home his father had built is suddenly fragile. Without its natural caretaker, the house will fall to pieces–and his family shows all the same signs of crumbling.

Dan is hit especially hard. He knows he is not the man his father was. Dan never learned the blue-collar skills he admired, because his father wanted him to pursue his dream of becoming a writer. Now that his father is gone, the acknowledgment of his sacrifices and the sheer longing to be close to him again in some way draw Dan to the tools that lie unused in the garage. So begins Dan’s year of learning the skills his father’s hands had long mastered, and trying to fill the steel-toe boots left behind. Measuring Up is the story of that journey.

Robson picks up where his father left off, working on the house and the truck, as much for the family as for himself. In much the same way that Michael Pollan comes to know his house inside-out in A Place of My Own, Robson learns the mysteries and proud satisfaction of plumbing, carpentry, wiring, and drywalling, and comes to understand how our homes are built. He also comes to see how his home was built by his father, uncovering more than one heartbreaking reminder of the kind of man his father was, and what he meant to his family.

Tender and unflinching, Measuring Up is a story of love, mourning, and learning what it means to be a man.

"Dan Robson skillfully constructs a monument to the legacy of his craftsman father. It is a testament to the unbreakable bond between every father and son. It inspires each of us to a straighter plumb, a truer square, and a higher level.”

Murray Howe, bestselling author of Nine Lessons I Learned from My Father


"A beautiful, clear-eyed elegy to families. How the foundation is laid, how the structure is crafted, and, eventually, how all of us have to manage its collapse. Dan Robson’s memoir is about sons and fathers. More than that, it’s about the hard road that leads from being one to becoming the other."


"Robson’s reflection on male grief and vulnerability is as generous and courageous as the father whose ghost haunts this story."

D.W. Wilson, author of Once You Break a Knuckle and Ballistics

“
Dan Robson’s book is a heart-wrenching portrait of grief. Anyone who has lost a parent will recognize it, know it intimately as you roll through the stages and finally come to the realization that a parent’s ultimate gift to a child is showing them how to live.
”