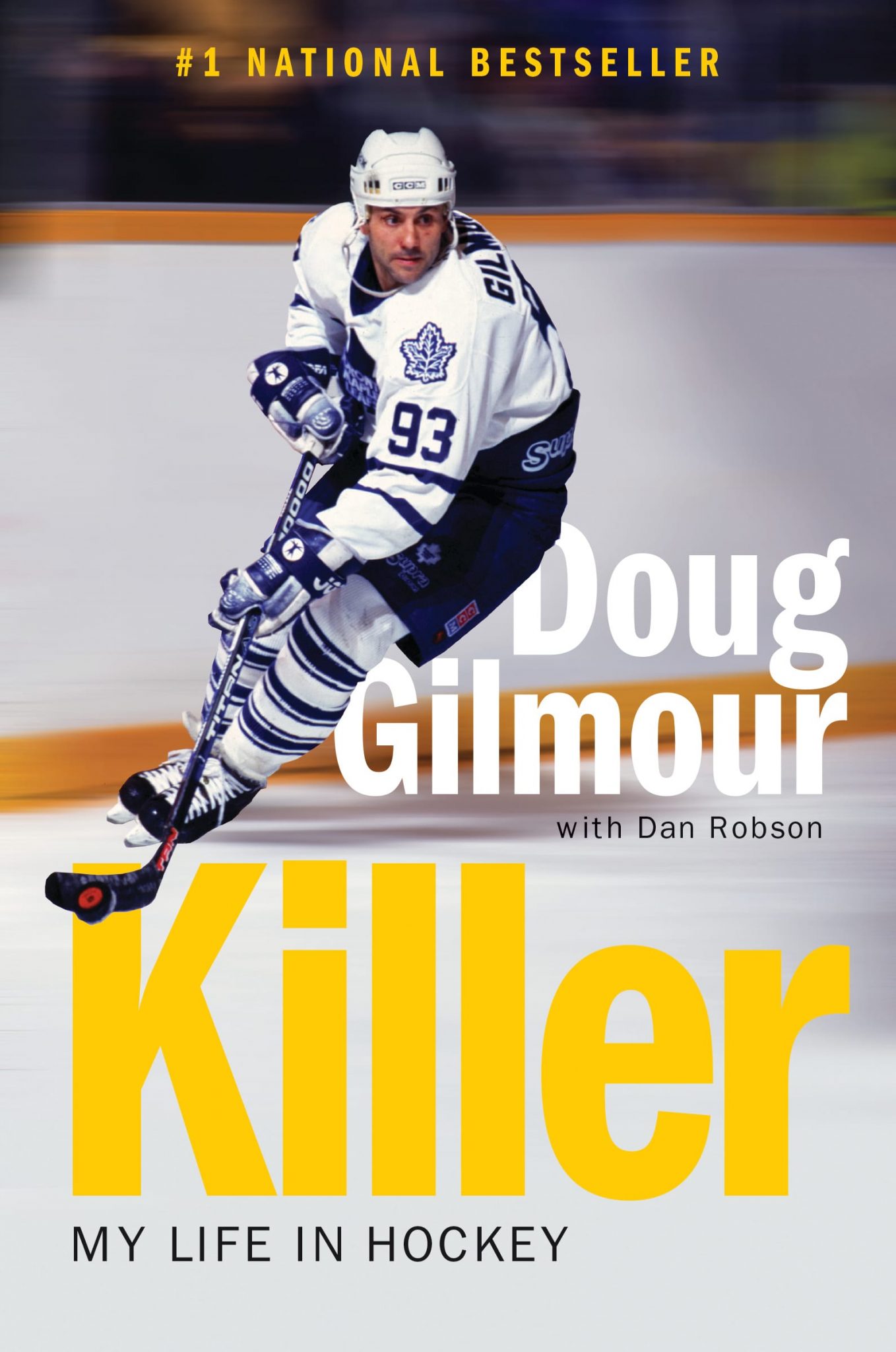 My Life in Hockey

Doug Gilmour didn’t look fearsome on a pair of skates—being an “undersized” forward would plague him during his early career—but few players matched his killer instincts in the faceoff circle or in front of the net.

The Hockey Hall of Famer from Kingston, Ontario, played for seven teams over his twenty-year career, netting 450 goals and 964 assists during the regular season and another 188 points in the playoffs, making him one of the highest-scoring centres of all time. Gilmour played a big role in the 1989 Stanley Cup victory, scoring the winning goal for the Calgary Flames. Perhaps most famously, he led the Toronto Maple Leafs to multiple winning seasons and in 1993, took them to the brink of their first Stanley Cup final in decades, only to lose out on one of the most controversial calls in hockey history.

In Killer, Doug Gilmour bares all about his on- and off-the-ice exploits and escapades. Gilmour has always been frank with the media, and his memoir is as revealing as it is hilarious. He played with the greatest players of his generation, and his love for the game and for life are legendary.

Doug Gilmour established himself as a premier player in the NHL. Killer was a fierce competitor who always demonstrated great passion for the game he loved. His induction into the Hockey Hall of Fame was a fitting tribute to one of the outstanding players in the history of our game.


Dougie Gilmour was an amazing player and teammate, and is a great friend. He had all the qualities of the best in the game. He cared for his teammates, coaches, management, the trainers, and the fans. He was a regular guy with superstar talent.


The day Doug Gilmour came to Toronto was my greatest Leaf-loving moment since I was a kid in Montreal and watched Keon lift the Cup over his head in ‘67. The next greatest moment was getting to know Doug, as fine a man as you will ever know.


Playing against Doug was an honour. You knew you were going to get his best every night. There was no better competitor. He is one of those special players who had the respect of every player he ever played with or against.

DOUG GILMOUR was born and raised in Kingston, Ontario. Over his twenty seasons in the NHL, he played for the St. Louis Blues, Calgary Flames, Toronto Maple Leafs, New Jersey Devils, Chicago Blackhawks, Buffalo Sabres and Montreal Canadiens before returning to the Leafs to retire in the blue and white in 2003. He won the Memorial Cup with the Cornwall Royals and the Stanley Cup with the Calgary Flames, was an NHL all-star, and still holds a number of junior hockey and Toronto Maple Leaf records. Gilmour became the coach of his hometown’s junior hockey franchise, the Kingston Frontenacs, in 2008 and is now the team’s general manager. He resides in Kingston, Ontario.