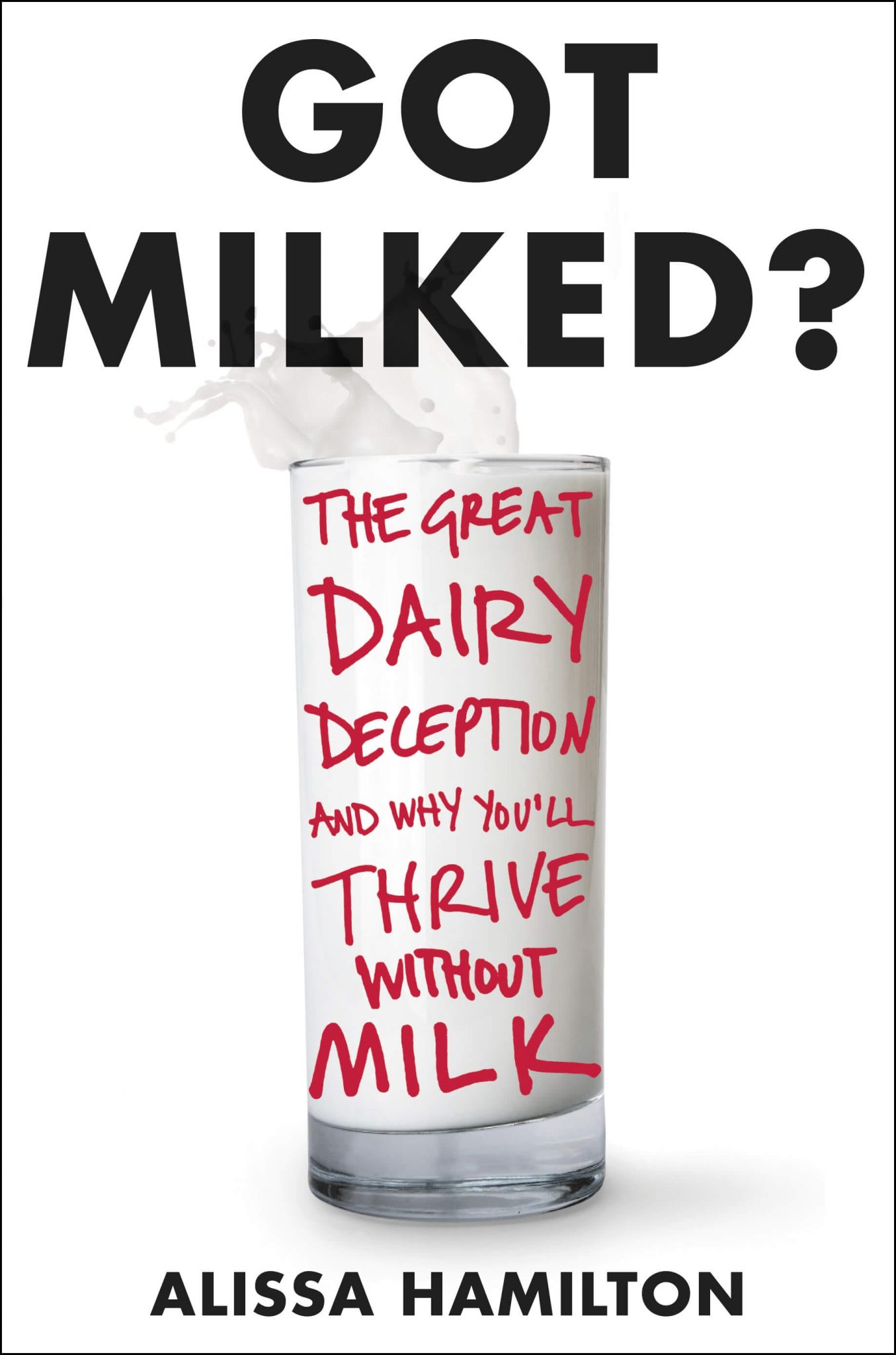 What You Don't Know About Dairy, The Truth About Calcium, And Why You'll Thrive Without Milk

For more than a generation, we’ve been taught that milk does a body good, but in Got Milked? Alissa Hamilton dispels common misconceptions about milk and looks behind the marketing, examining the enormous influence the milk industry has over our diets. Separating science from advertising, Hamilton uncovers the inside story behind how milk became a dietary staple, stripping away years of conventional assumptions about diet to reveal the ways in which milk interferes with everyday health.

But more than just a sobering look at how milk is not the wonder food that it has been made out to be, Got Milked? also demonstrates how going milk-free can revolutionize your diet and your well-being. Attacking decades of accepted wisdom about milk, Got Milked? will make you rethink the way you consume milk and empower you to eat better. Hamilton also offers delicious dairy-free recipes and full meal plans that deliver the same nutrients found in dairy products, without all the sugar or negative side effects.

At once provocative and transformative, Got Milked? challenges many of the myths surrounding milk and will leave you prepared to take charge of your health. Not only will you find it easy to drop milk from your diet, you will thrive without it.

In prose as pungent as a sharp cheddar yet smooth as a vanilla shake, Hamilton shows how a foodstuff that can’t be digested by a large swath of people came to be promoted as a universal necessity by US health authorities.

Alissa Hamilton, JD, has a PhD from Yale University and is the author of Squeezed: What You Don’t Know about Orange Juice, which helped spark a series of class-action lawsuits against orange juice companies in the United States. An authority on food processing and marketing issues, Hamilton has written for major publications and academic journals. She has spoken at TEDx Cambridge; has been a guest on the Dr. Oz Show and ABC World News with Diane Sawyer; and has been featured in the Guardian, The Atlantic, NewYorker.com, the New York Post, the Los Angeles Times, the Boston Globe, and Wired.co.uk, and on NPR and Martha Stewart Living Radio. She is a former Food and Society Fellow with the Institute for Agriculture and Trade Policy.