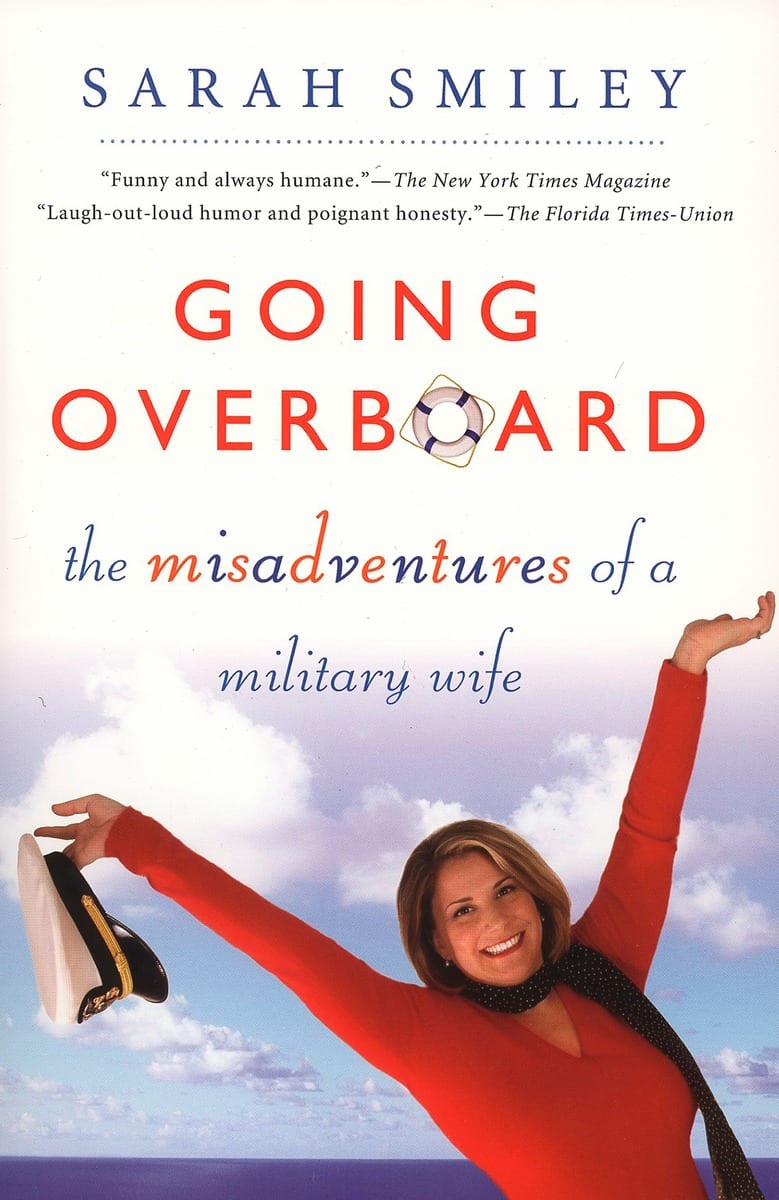 The Misadventures of a Military Wife

A former Navy brat and present-day Navy wife, Sarah Smiley knows better than anyone that weddings and funerals–even childbirth!–take a backseat to Uncle Sam. Yet when Sarah’s husband, Dustin, is sent away for an unexpected deployment, what follows is a true test of strength and wit that even Sarah’s list-making mother couldn’t have prepared her for. Just when Sarah thinks she has it all under control, a charming doctor creates temptation that is hard to resist. Now, with one distant spouse, two children and three best friends, Sarah learns that life sometimes means going a little overboard.

Exceptionally frank and brazenly funny, this memoir of marrying young and growing up late exposes everything you never knew you didn’t know about life in the military…and then some.

Often funny and always humane, an unexpected voice in a world long defined by ironclad rules and abhorrence of emotion. It is that wry take on the life of a military spouse...one that questions the rules and regulations of the shadow military she embodies, that Smiley does best.


Smiley, who pens the nationally syndicated column "Shore Duty," is something of an Erma Bombeck for the military-wife set. She wittily and poignantly writes about being a navy spouse left on base with two young children while her husband is on deployment ("the D-word") overseas, just as the impending war in Iraq is dominating the headlines. Raised a navy brat, Smiley is no stranger to military life, but that doesn't preclude the fear, frustration and freak-outs that often accompany her predicament. Fellow military spouses will appreciate Smiley's humorous accounts of attending Spouse Club support meetings, handling household tasks ("My one saving grace was the toilet," she writes about a broken commode in her guest room. "A mental buffer military wives can depend on is the fact that household chores continue despite all else") and simply coping with the realities of having a husband thousands of miles away who might not return. Smiley's prose is simple and straightforward, and her humor is clever, often emerging in passages when she's at her lowest.

Sarah Smiley is the wife of a U.S. Navy flight instructor, the mother of two young boys, and one of the nation’s leading advocates for military families. Her column, Shore Duty, is syndicated across the United States, reaching more than two million people weekly. She is also a regular contributor to such national magazines as Military Moneyand Military Spouse. The daughter of an Admiral, she has been a Navy dependent for nearly thirty years.