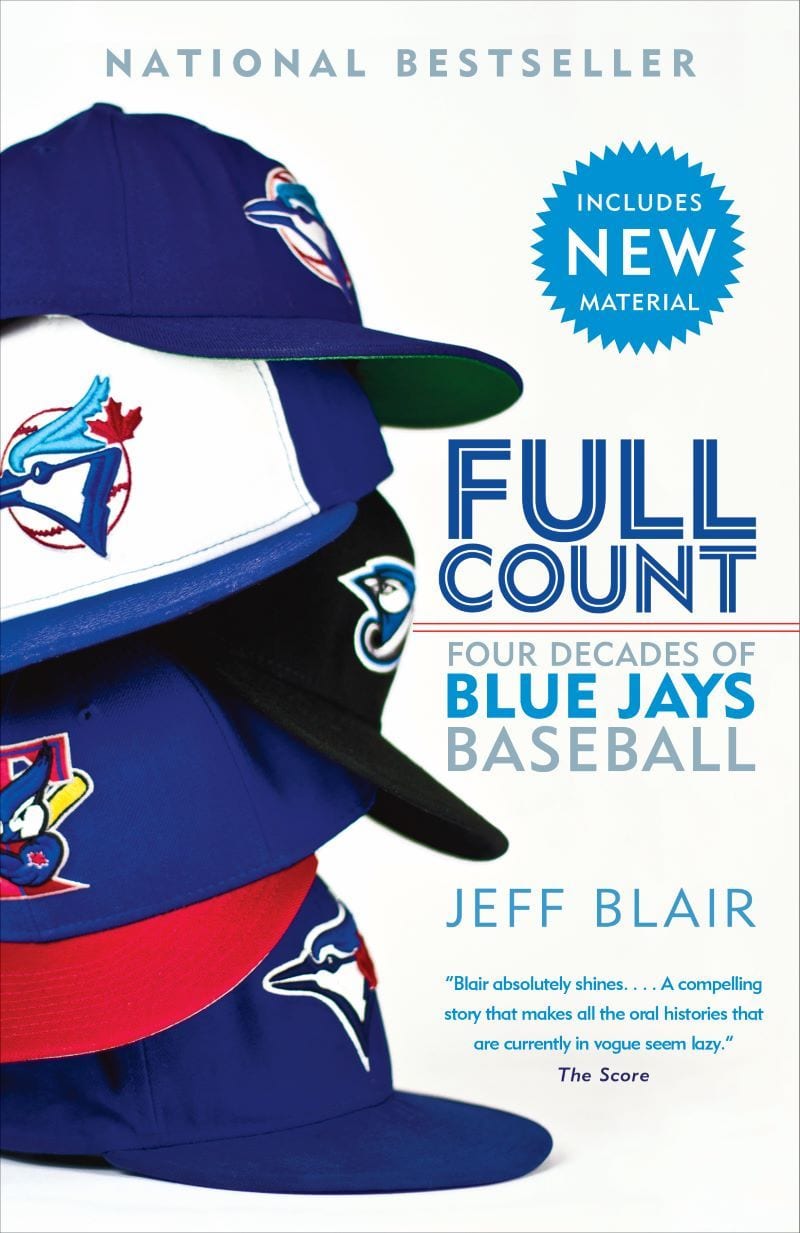 From one of Canada’s top baseball writers and radio hosts: a retrospective of the Toronto Blue Jays that comes more than 20 years after Joe Carter’s World Series-winning home run. A must-have for all Blue Jays fans, and a great read for Toronto and Canadian sports fans in general.

In Full Count, Jeff Blair takes us back to the days when the Toronto Blue Jays were “the Cadillac of franchises,” and shows us exactly what they did right to become baseball’s premier club. Then he explores the disappointing aftermath, when the league’s fourth-largest market became an also-ran: seemingly destined to languish behind the big-spending Yankees and Red Sox and free-wheeling Rays–until the offseason of 2012.

Full Count will appeal to the casual fans wanting to re-live Blue Jays history, and to the serious fans who relish the nitty-gritty business decisions and behind-the-scenes details that made this team what it is today.

Bestseller – The Globe and Mail

"Full Count is the book Jays fans have been waiting for. Jeff Blair nails the twin goals of any successful author, telling stories loaded with flair and detail and gaining tremendous access to the principals who could shed the most light on the past four decades of baseball in Toronto. Not a Jays diehard? No problem. With tales of boardroom dealings, team-building strategies, and vivid storytelling, Blair, like Joe Carter twenty years before him, touches ’em all."


"Full Count is learned and thorough, with a keen eye on engaging readers instead of drowning them in the deluge of the author's knowledge...The book manages that rare narrative pull that eludes so much contemporary sports writing."

Jeff Blair is the sports columnist for The Globe and Mail and host of The Jeff Blair Show on Sportsnet 590/The Fan in Toronto.