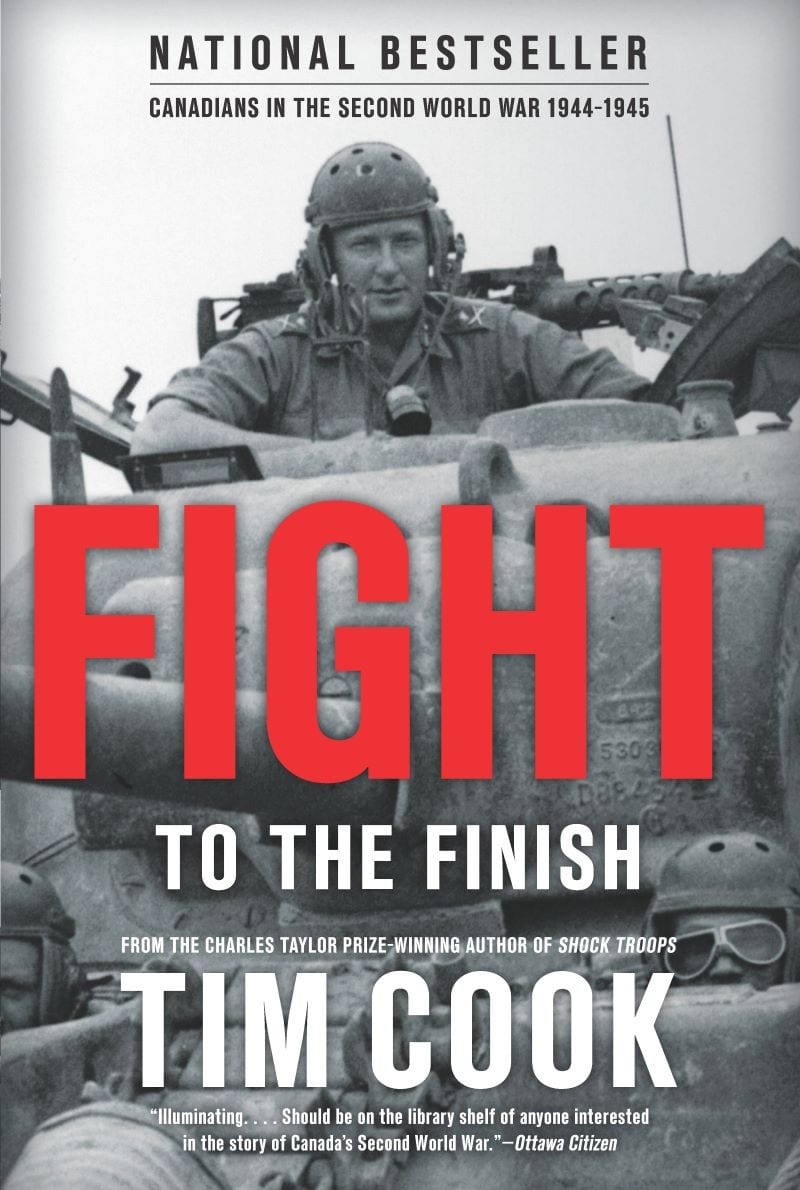 Fight to the Finish

About Fight to the Finish:

Historian Tim Cook displays his trademark storytelling ability in the second volume of his masterful account of Canadians in World War II. Cook combines an extraordinary grasp of military strategy with a deep empathy for the soldiers on the ground, at sea and in the air. Whether it’s a minute-by-minute account of a gruelling artillery battle, vicious infighting among generals, the scene inside a medical unit, or the small details of a soldier’s daily life, Cook creates an utterly compelling narrative. He recounts in mesmerizing detail how the Canadian forces figured in the Allied bombing of Germany, the D-Day landing at Juno beach, the taking of Caen, and the drive south.

Featuring dozens of black-and-white photographs and moving excerpts from letters and diaries of servicemen, Fight to the Finish, along with its companion volume, The Necessary War, broadens our understanding of the Second World War with a gripping account of Canadians who fought abroad, and the home front that was changed forever.