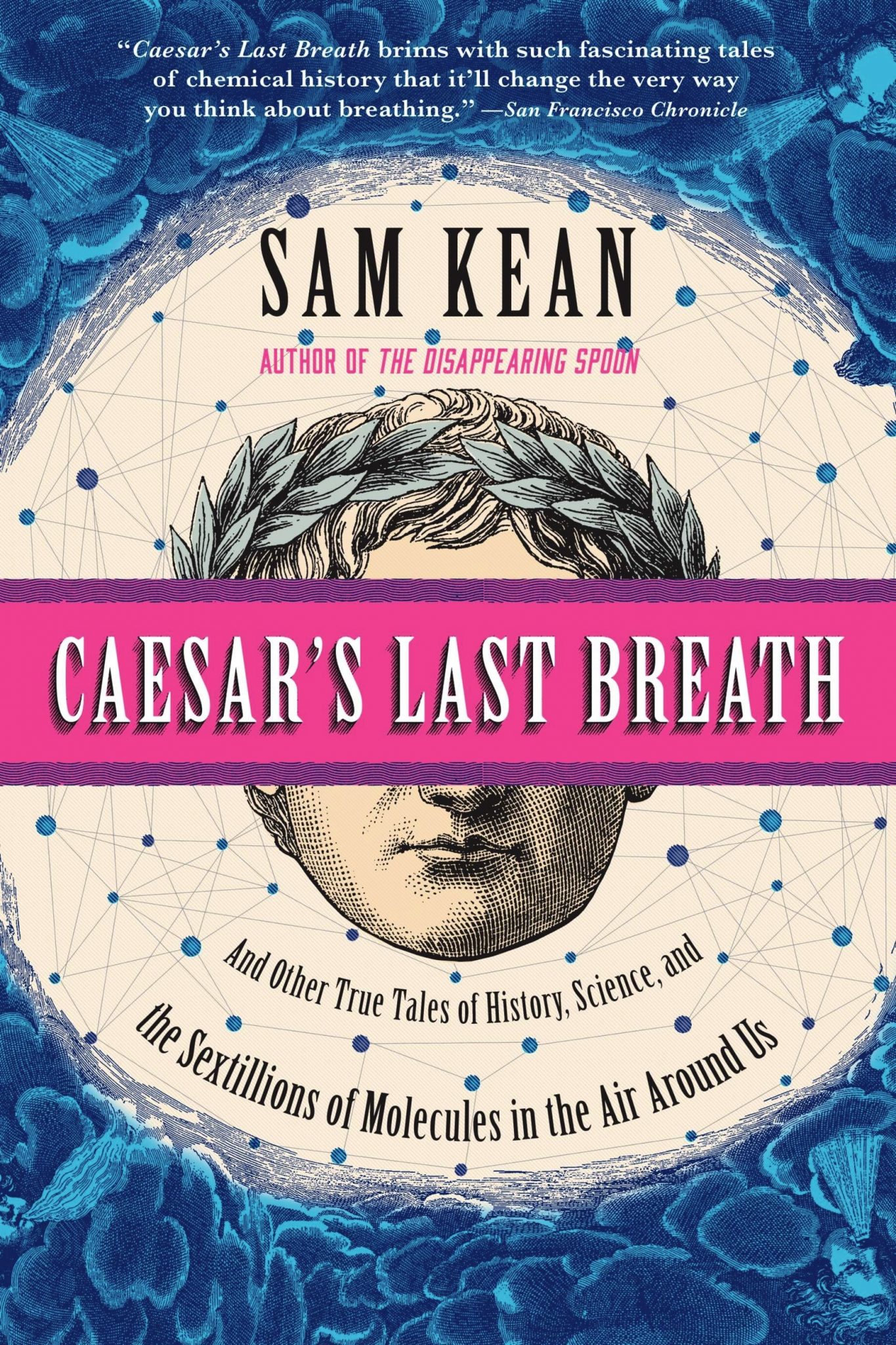 Decoding the Secrets of the Air Around Us

It’s invisible. It’s ever-present. Without it, you would die in minutes. And it has an epic story to tell.

In Caesar’s Last Breath, New York Times bestselling author Sam Kean takes us on a journey through the periodic table, around the globe, and across time to tell the story of the air we breathe, which, it turns out, is also the story of earth and our existence on it.

With every breath, you literally inhale the history of the world. On the ides of March, 44 BC, Julius Caesar died of stab wounds on the Senate floor, but the story of his last breath is still unfolding; in fact, you’re probably inhaling some of it now. Of the sextillions of molecules entering or leaving your lungs at this moment, some might well bear traces of Cleopatra’s perfumes, German mustard gas, particles exhaled by dinosaurs or emitted by atomic bombs, even remnants of stardust from the universe’s creation.

Tracing the origins and ingredients of our atmosphere, Kean reveals how the alchemy of air reshaped our continents, steered human progress, powered revolutions, and continues to influence everything we do. Along the way, we’ll swim with radioactive pigs, witness the most important chemical reactions humans have discovered, and join the crowd at the Moulin Rouge for some of the crudest performance art of all time. Lively, witty, and filled with the astounding science of ordinary life, Caesar’s Last Breath illuminates the science stories swirling around us every second.

Sam Kean has done it again - this time clearly and entertainingly explaining the science of the air around us. He is a gifted storyteller with a knack for finding the magic hidden in the everyday.


Fascinating stories, so insightful, informative, and disarmingly written. It gave this astronaut a new respect for the air around us all, and made me delightfully more aware of each breath I take.

Col. Chris Hadfield, author of An Astronaut's Guide to Life on Earth


The most fun to be had from nonfiction is a good science book, with a writer of craft who can capture both the excitement and the elegance of science, the incredible fact that this is really how it works. Sam Kean is such a writer and Caesar's Last Breath is such a book. An enormous pleasure to read.


A witty book that turns the science of the stuff we breathe into a delightful romp through history. Kean, an award-winning science writer... has done it again, using his free-wheeling style to translate hard scientific facts into lively stories.


Kean has a knack for distilling chemistry to its essential elements, using stories and humor to soften a subject that might otherwise trigger unpleasant flashbacks to high school lab class...For anyone interested in the invisible forces that sustain life, this is a dose of fresh air.