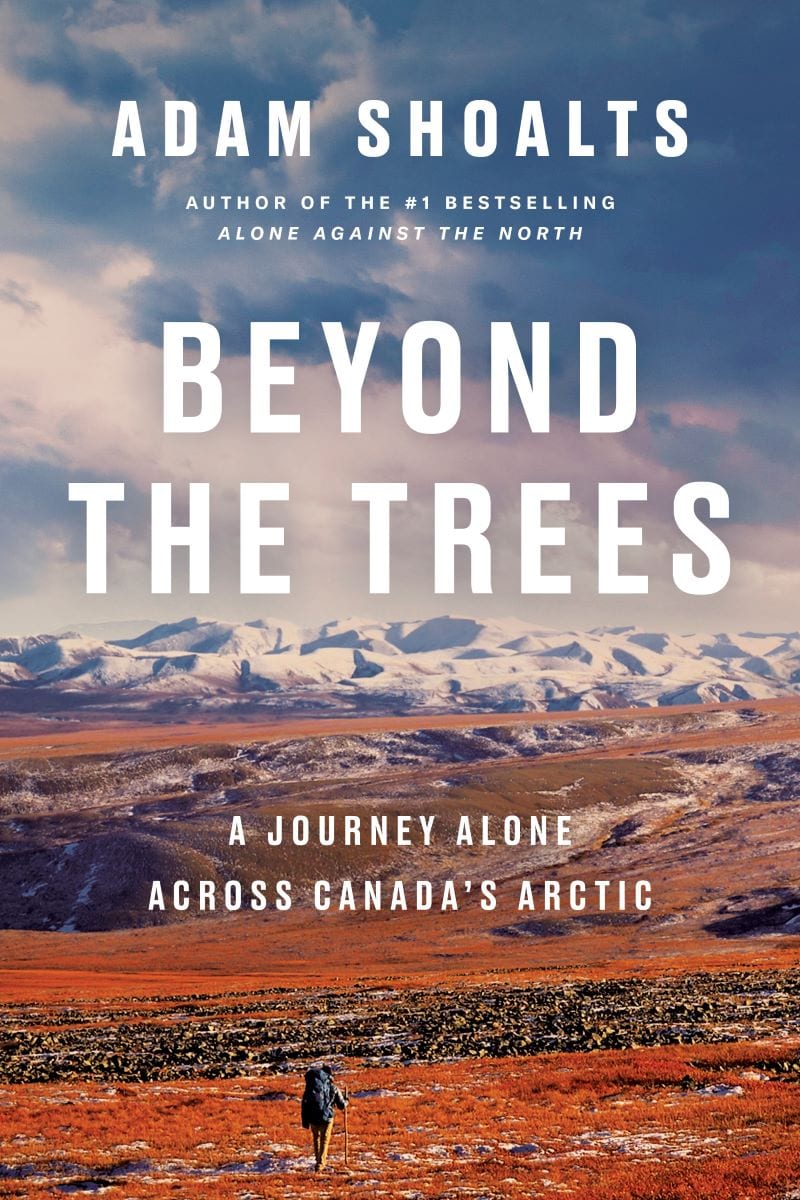 A Journey Alone Across Canada's Arctic

About Beyond The Trees:

A thrilling odyssey through an unforgiving landscape, from “Canada’s greatest living explorer.”

In the spring of 2017, Adam Shoalts, bestselling author and adventurer, sets off on an unprecedented solo journey across North America’s greatest wilderness. A place where, in our increasingly interconnected, digital world, it’s still possible to wander for months without crossing a single road, or even see another human being.

Between his starting point in Eagle Plains, Yukon Territory, to his destination in Baker Lake, Nunavut, lies a maze of obstacles: shifting ice floes, swollen rivers, fog-bound lakes, and gale-force storms. And Shoalts must time his departure by the breakup of the spring ice, then sprint across nearly 4,000 kilometers of rugged, wild terrain to arrive before winter closes in.

He travels alone up raging rivers that only the most expert white-water canoeists dare travel even downstream. He must portage across fields of jagged rocks that stretch to the horizon, and navigate labyrinths of swamps, tormented by clouds of mosquitoes every step of the way. And the race against the calendar means that he cannot afford the luxuries of rest, or of making mistakes. Shoalts must trek tirelessly, well into the endless Arctic summer nights, at times not even pausing to eat.

But his reward is the adventure of a lifetime.

Heart-stopping, wonder-filled, and attentive to the majesty of the natural world, Beyond the Trees captures the ache for adventure that afflicts us all.

Adam Shoalts has been called one of Canada’s greatest living explorers and in 2017 embarked on a 4,000-kilometre solo journey across Canada’s arctic. He is also an historian, archaeologist, and geographer, and his book Alone Against the North was a #1 national bestseller. Shoalts’s doctoral research at McMaster University examines the influence indigenous oral traditions had on European explorers in Canada’s subarctic and West Coast. He has done archaeology in four countries and enjoys long walks in the woods.