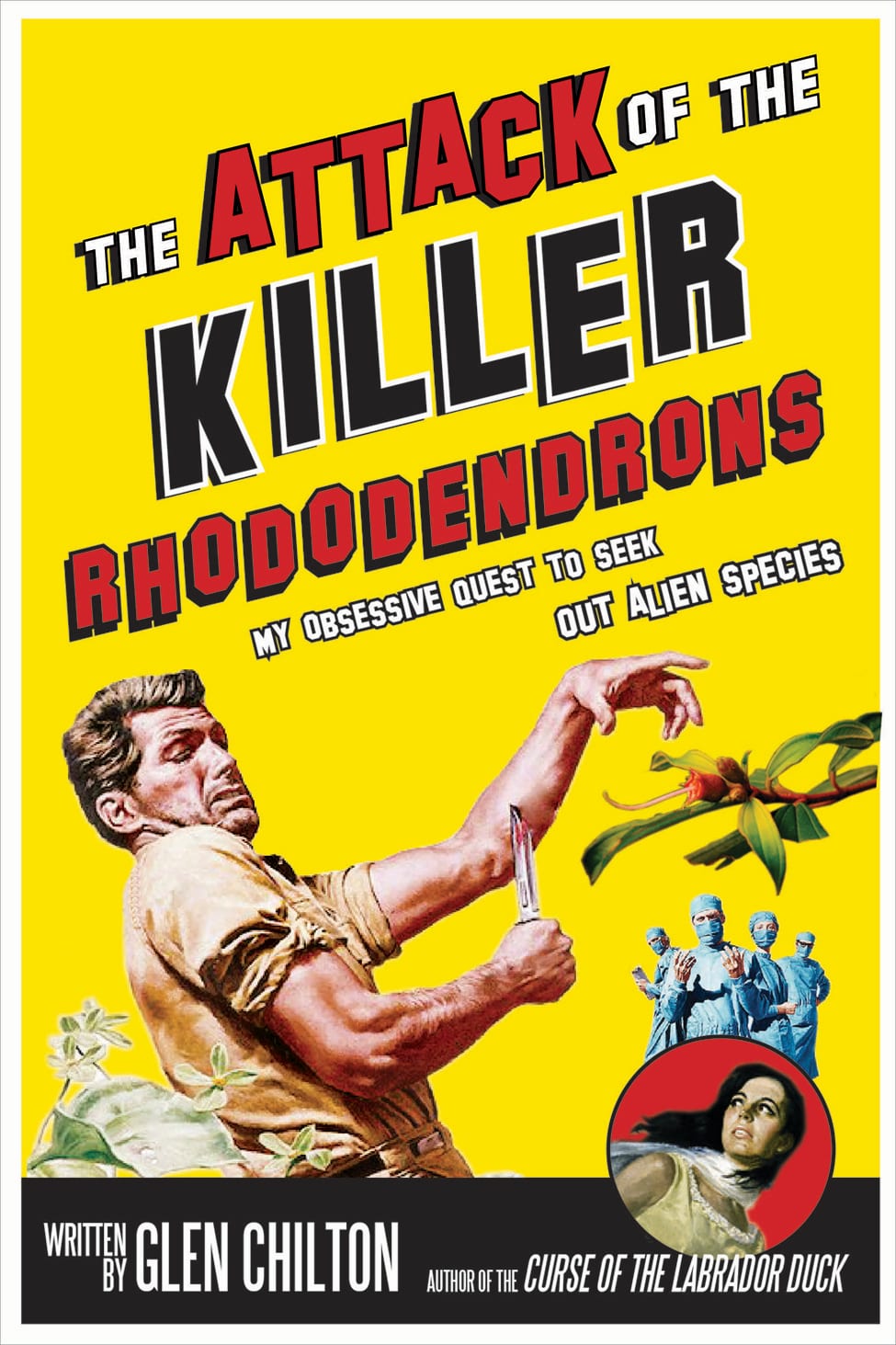 Attack of the Killer Rhododendrons

My Obsessive Quest to Seek Out Alien Species

About Attack of the Killer Rhododendrons:

In the rollicking and award-nominated The Curse of the Labrador Duck, Glen Chilton travelled the world over more than three times to seek out every last stuffed specimen of the extinct Labrador duck in prose “that calls to mind James Herriot and Bill Bryson” (A.J. Jacobs). Now he returns with yet another quest, this time to seek out species ill-advisedly introduced into foreign environments.

Chilton visits Ireland to witness how the rhododendron, an ornamental plant that escaped a private garden, now threatens to choke out the last of the great oak forests of the U.K. He escapes blood thirsty midges and a murderous Hungarian architect while visiting a colony of forgotten Scottish wallabies; finds out how termites, brought in on packing crates after the Second World War, contributed to the devastation of Hurricane Katrina in New Orleans; and dodges crocodiles and AK-47s in the eucalyptus forests of Ethiopia. And, in true Glen Chilton fashion, he never turns down the opportunity to share a few ales with eccentric locals.

The Attack of the Killer Rhododendrons is a hilarious, neurotically charged romp through the world’s jungles, deserts and dumpsters in search of transplanted creatures trying to make a new home in an alien country.

Dr. Glen Chilton, Professor Emeritus at St. Mary’s University College in Calgary, Alberta, and Adjunct Senior Lecturer at James Cook University, Australia, is an internationally recognized ornithologist. Chilton is the world’s leading authority on the extinct Labrador Duck. When the Smithsonian has a question about the Labrador Duck, they come to him. Chilton’s detective work for The Curse of the Labrador Duck took him the equivalent of 3.3 times around the world. Chilton resides in Australia.

Other Books by Glen Chilton: