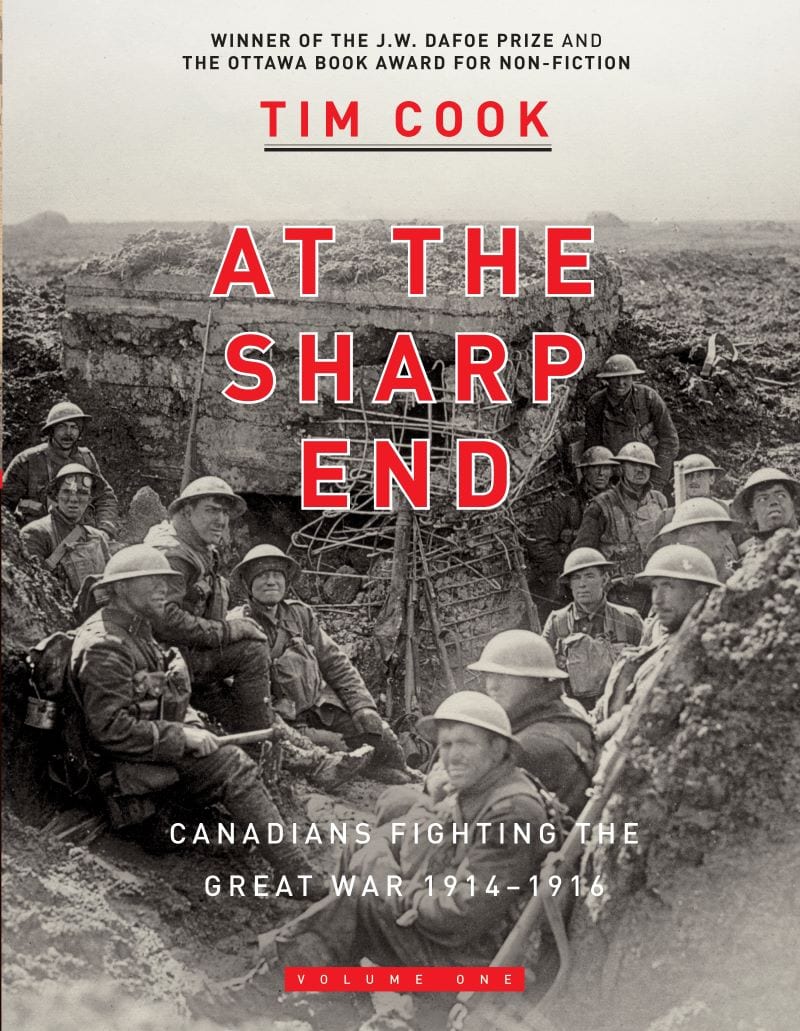 At the Sharp End

About At the Sharp End:

At the Sharp End covers the harrowing early battles of World War One, when tens of thousands, then hundreds of thousands, died, before the generals and soldiers found ways to break the terrible stalemate of the front. It provides both an intimate look at the Canadian men in the trenches and an authoritative account of the slow evolution in tactics, weapons, and advancement.

Featuring never-before-published photographs, letters, diaries, and maps, this recounting of the Great War through the soldiers’ eyewitness accounts is moving and thoroughly engrossing. At The Sharp End is the first comprehensive history of Canadians in World War One in 40 years.

Official Selection, Top 100 Books of the Year, The Globe and Mail

Ottawa's Tim Cook has a unique job title. He's the Great War historian at the Canadian War Museum (as well as an adjunct research professor at Carleton University). To this we can add a quality sadly missing from most contemporary war accounts - the guy can really write. We've had trouble putting down Cook's gripping yet scholarship-driven At the Sharp End: Canadians Fighting the Great War 1914-1916....this is the one book of many war titles coming out this season most likely to fully satisfy readers' hunger for our military history.


Tim Cook has done what Duguid and Nicholson didn't: produced an impeccably researched and immensely readable account of Canada's soldiers of the Great War. The First World War historian at the Canadian War Museum in Ottawa, Cook has emerged as one of the country's most prolific writers on military history, having turned his hand to such subjects as gas warfare, the abuse of prisoners of war, education in the Canadian Expeditionary Force (CEF) and alcohol consumption in the trenches...With his current project, Cook has set himself a daunting task: to condense two years of fighting into an account that provides enough detail for the specialist but avoids the morass of tactical minutiae that turns off anyone but the operational historian. He carries it off with apparent ease, linking events to a number of important themes....The mark of a good historian is finding new ways to tell a tale that we thought we knew, and Cook has that quality in spades.