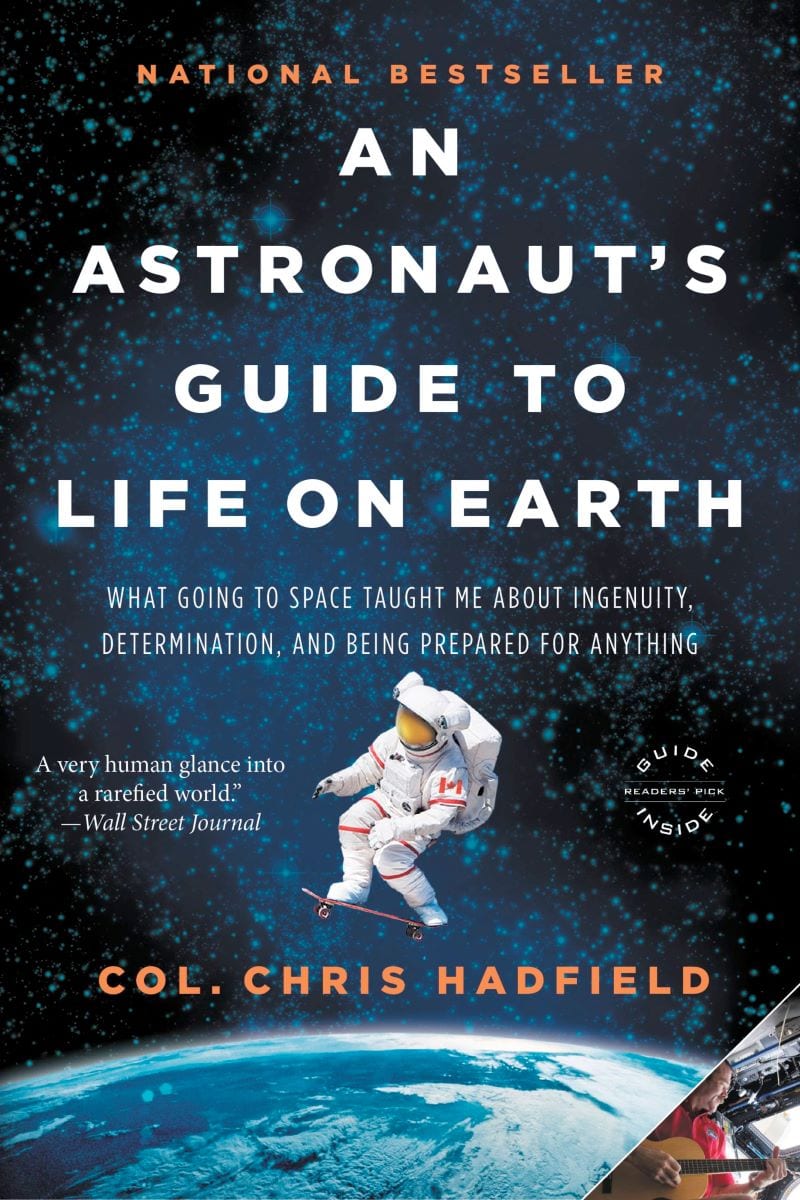 An Astronaut’s Guide to Life on Earth

What Going to Space Taught Me About Ingenuity, Determination and Being Prepared For Anything

About An Astronaut’s Guide to Life on Earth:

Colonel Chris Hadfield has spent decades training as an astronaut and has logged nearly 4000 hours in space. During this time he has broken into a Space Station with a Swiss army knife, disposed of a live snake while piloting a plane, and been temporarily blinded while clinging to the exterior of an orbiting spacecraft. The secret to Col. Hadfield’s success-and survival-is an unconventional philosophy he learned at NASA: prepare for the worst-and enjoy every moment of it.

In An Astronaut’s Guide to Life on Earth, Col. Hadfield takes readers deep into his years of training and space exploration to show how to make the impossible possible. Through eye-opening, entertaining stories filled with the adrenaline of launch, the mesmerizing wonder of spacewalks, and the measured, calm responses mandated by crises, he explains how conventional wisdom can get in the way of achievement-and happiness. His own extraordinary education in space has taught him some counterintuitive lessons: don’t visualize success, do care what others think, and always sweat the small stuff.

You might never be able to build a robot, pilot a spacecraft, make a music video or perform basic surgery in zero gravity like Col. Hadfield. But his vivid and refreshing insights will teach you how to think like an astronaut, and will change, completely, the way you view life on Earth-especially your own.

#1 Bestseller – The Globe and Mail

Book of the Year Selection – Slate

"A page-turning memoir of life as a decorated astronaut."


"The vacuum of space is unforgiving and brutal. Life on earth isn’t easy, either. Mr. Hadfield has genuinely and refreshingly increased our understanding of how to thrive in both places."


"Lessons from his new book, An Astronaut's Guide to Life on Earth, are so inspiring that it's hard to decide which one to tell you about."


"Hadfield proves himself to be not only a fierce explorer of the universe, but also a deeply thoughtful explorer of the human condition, capable of articulating those most universal of inquiries in simple yet profound language....The book itself is absolutely spectacular."


"Riveting, dramatic and intensely engrossing, Hadfield's engaging style as a writer puts you right alongside this almost absurdly compelling gentleman as he climbs the ladder from Canadian fighter pilot through two space shuttle missions and, ultimately, his serving as commander of the ISS."

“
Astronaut Chris Hadfield’s cover of Bowie’s “Space Oddity” is thought-provoking, visually fascinating, and absolutely worth watching—but it’s far more than just a great cover of a classic song. It’s an inherently human video because it demonstrates the fundamental truth that we are a species of storytellers—and that we remain so whether or not we’re on Earth.
”