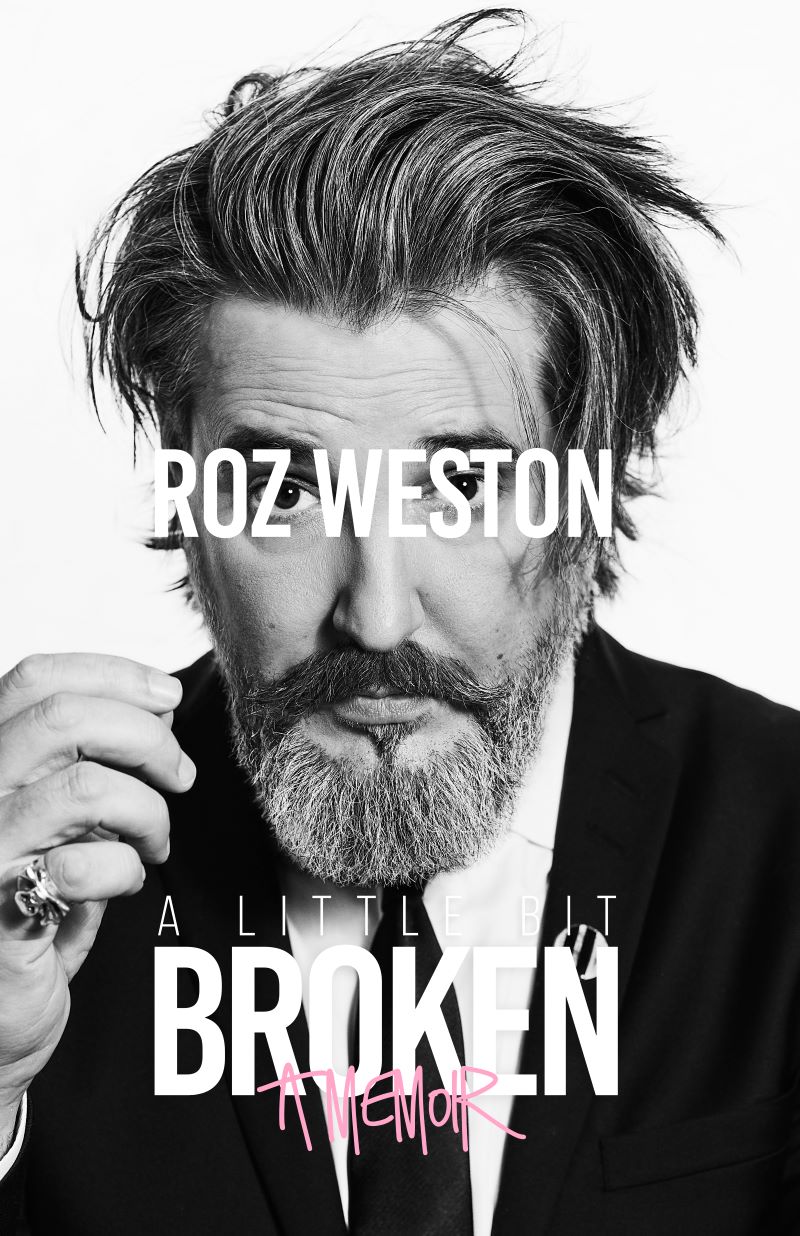 About A Little Bit Broken:

It never gets better, but it does get easier. That’s the first thing Roz says to anyone who asks him for advice. Anyone who’s fighting like hell, just hanging on or putting the pieces back together. When you’re broken, fixed becomes an obsession.

Roz is a multi-platform entertainer and storyteller who hosts three shows a day and sleeps five hours a night. On The Roz & Mocha Show, ET Canada Live and Entertainment Tonight Canada Roz built an audience and turned them into family. But as with most families, there is just some shit we don’t talk about.

From growing up in a small town to getting lost, drunk and terrified in New York while interning for The Howard Stern Show; from finding comfort in the arms and beds of strangers to kicking an opioid addiction he didn’t know he had; from broken bones to broken hearts and a broken marriage. From navigating grief and guilt following the devastating loss of his father to persevering in the face of an ongoing and private battle with his own body. All is shared in Roz’s disarming signature blend of blunt truth and humour.

A Little Bit Broken is a deeply personal and inspiring account of self-forgiveness, redemption and recovering from bad choices—because let’s face it, the reason we make bad choices is that they usually feel really good. And Roz has made them all. “This book is the whole story I’ve never shared before…This is the shit we don’t talk about. Welcome to the family.”

ROZ WESTON is a multi-platform entertainer and storyteller. In 2013 Hello! magazine named him one of-the 50 Most Beautiful Canadians. He has not made the list since. Growing up in a small town with above-average confidence but low self-esteem, Roz knew he wanted an audience, but didn’t want to be noticed. On TV and radio, as host of The Roz & Mocha Show, ET Canada Live and Entertainment Tonight Canada, Roz now entertains millions without ever having to see a single one of them. A college dropout, Roz is a Canadian Music and Broadcast Industry Awards winner, New York Festival of Radio winner and Canadian Screen Awards winner. He is a former factory-line worker, Howard Stern intern and late-night TV talk host. Roz lives in Toronto with his girlfriend, their kid and four cats. He still misses his dad.