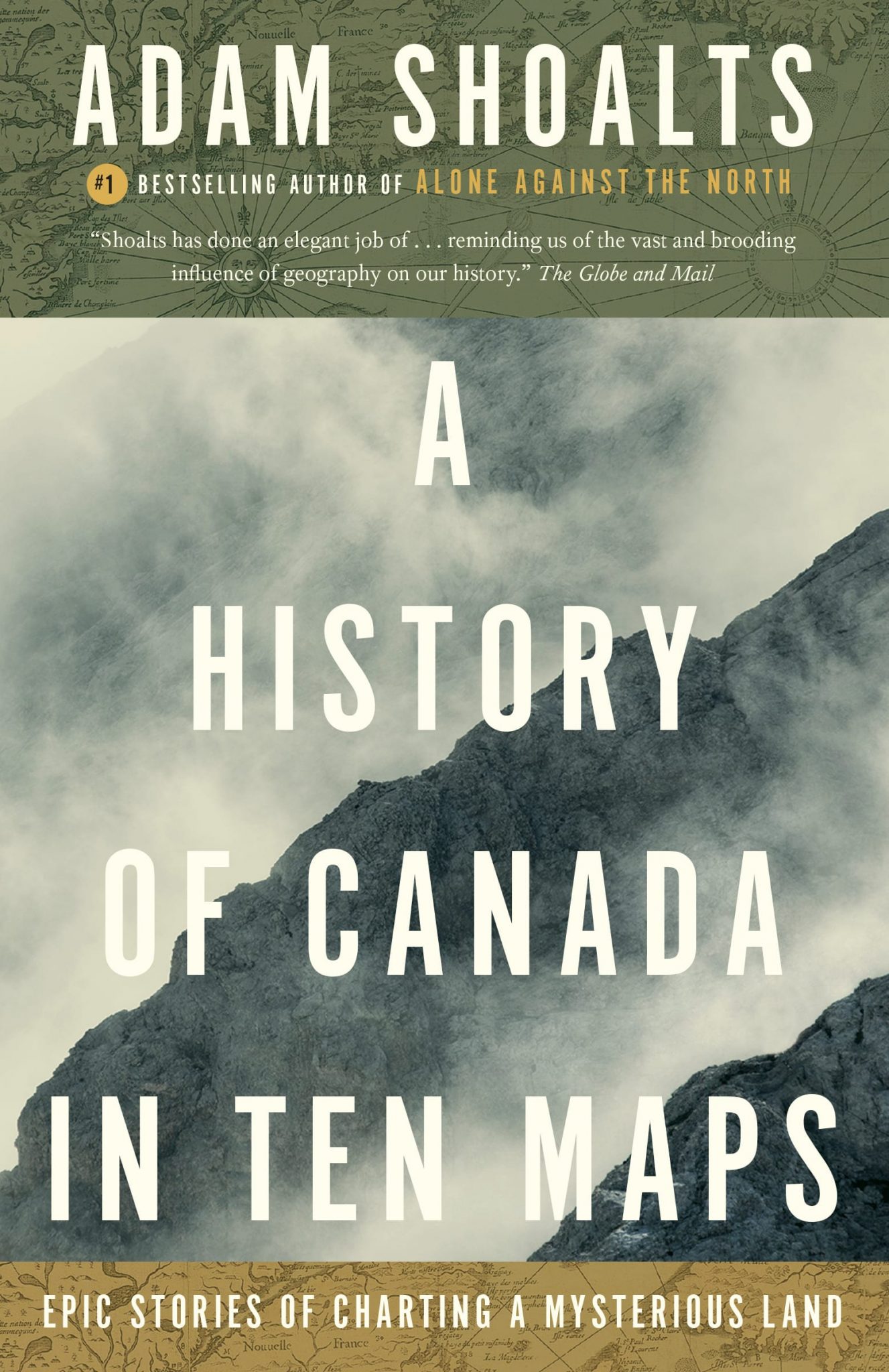 A History of Canada in Ten Maps

About A History of Canada in Ten Maps:

The sweeping, epic story of the mysterious land that came to be called “Canada” like it’s never been told before.

Every map tells a story. And every map has a purpose–it invites us to go somewhere we’ve never been. It’s an account of what we know, but also a trace of what we long for.

A History of Canada in Ten Maps conjures the world as it appeared to those who were called upon to map it. What would the new world look like to wandering Vikings, who thought they had drifted into a land of mythical creatures, or Samuel de Champlain, who had no idea of the vastness of the landmass just beyond the treeline?

Adam Shoalts, one of Canada’s foremost explorers, tells the stories behind these centuries old maps, and how they came to shape what became “Canada.”

It’s a story that will surprise readers, and reveal the Canada we never knew was hidden. It brings to life the characters and the bloody disputes that forged our history, by showing us what the world looked like before it entered the history books. Combining storytelling, cartography, geography, archaeology and of course history, this book shows us Canada in a way we’ve never seen it before.

“
The best adventures, it seems, often start with a map...The ten maps at the heart of this book span nearly a thousand years. They tell stories-stories of adventure, discovery, and exploration, but also of conquest, empire, power, and violence. After all, few maps are wholly innocent—the interesting ones usually aren’t.
”

Adam Shoalts, from the Introduction

“
A masterful approach to mapping Canada.
”